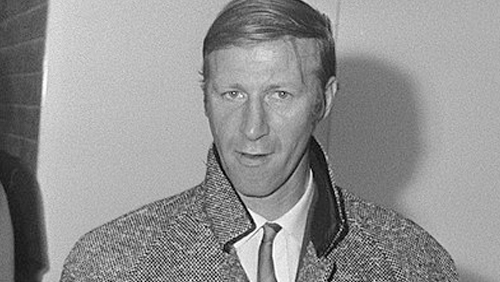 England World Cup hero Jack Charlton has succumbed to a long battle with lymphoma, passing away at the age of 85. Charlton was surrounded by family in his home in Northumberland when he passed away.

Charlton was remembered for being a part of England’s legendary squad, alongside his brother Sir Bobby, that claimed the 1966 World Cup. Charlton was a tough central defender who spent his entire playing career at Leeds United, he claimed every domestic honour in English soccer, including the 1969 league title.

The family released a statement shortly after:

“As well as a friend to many, he was a much-adored husband, father, grandfather and great-grandfather, we cannot express how proud we are of the extraordinary life he led and the pleasure he brought to so many people in different countries and from all walks of life. He was a thoroughly honest, kind, funny and genuine man, who always had time for people. His loss will leave a huge hole in all our lives but we are thankful for a lifetime of happy memories.”

Charlton moved into management at the end of his playing career, taking control of Newcastle in 1984-85 before becoming the first non-Irish manager of the Republic of Ireland. He took the side to the finals of the Euro 88 and then led them to World Cup in Italy two year later, reaching the quarter-finals.

Four years later he led the Republic of Ireland at the 1994 World Cup finals in the U.S. His side recorded a 1-0 win over tournament favourites Italy, in the group stage, before bowing out to Holland in the first round of the finals.

The English centre back was awarded the Freedom of the City of Dublin and for his efforts was made an honorary Irish citizen in 1996.

Following his passing, there have been calls from U.K. politicians and the soccer community to have Charlton posthumously knighted.

Cricket to return to UK, but remains under COVID-19 cloud
Daniel Gardner
24 June 2020