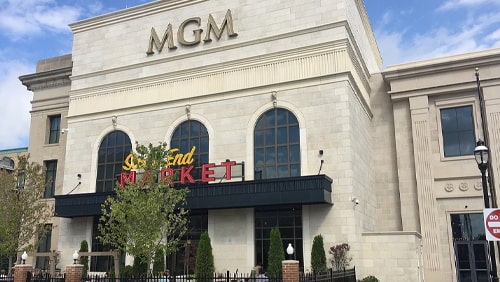 Yesterday witnessed the reboot of the MGM Springfield casino in Massachusetts, but under very different operating procedures. The hotel attached to the venue isn’t ready to open its doors to guests yet and the gambling area is only operating at about one-third of what it normally wants to see. The “biggest challenge” of the casino industry as a result of the coronavirus pandemic is forcing changes on a number of different levels and, as the MGM property tries to put the shattered pieces back together, it’s hoping its home city of Springfield will show it some mercy.

The MGM Springfield cost almost $1 billion to build and was expected to be a huge source of jobs and revenue for Springfield. Things got off to a good start, but increased regional competition slowly began to eat away at the casino’s position and COVID-19 made things even worse. With no hotel, only a few eateries and a much smaller gaming floor, only a handful of the property’s employees have been asked to return to work.

According to MGM VP and general counsel Seth Stratton, while giving a tour to reporters, “It’s the biggest challenge our industry has ever faced. I don’t know what customers will show up. That said, we are working very hard to welcome them back in a safe environment.”

In working out a deal to put a casino in Springfield, MGM made several financial arrangements with the city. Those arrangements are now in peril, as the casino may not have the necessary capital needed to cover its obligations. MGM is working with the city to reduce or delay payments; however, the talks have taken a break as everyone looks to see what type of public reaction there is to the reopening of the casino – perhaps MGM will be surprised and receive a windfall.

That’s highly unlikely, though. Given the downward trend in revenue performance over the past couple of years, concerns are mounting that MGM Springfield may not be able to cover its financial obligations now, or in the future. MGM had huge goals for the casino before Massachusetts signed off on the project, asserting that it would bring in an average of $34.8 million in monthly gross gaming revenue. However, it has never come close to reaching that goal. The average across the 18 months it has been in operation has just been $21.5 million, and its best month – $26.9 million – was the first month it was operational, September 2018.

Springfield is supposed to receive anywhere from $24 to $25 million each year from the casino through a series of payment schemes. This past April, the property paid $5.5 million per the stipulations of the host community agreement, but the amount it owed was $7.7 million, so it is already behind, according to Mass Live. It made another payment, for $6.15 million, to the state in March, and that money made its way to the city, as well. However, MGM set the bar when it made its promises a year and a half ago, and will now have to figure out how to abide by them. If Springfield City Council President Justin Hurst’s comments are any indication, there won’t be a lot of flexibility given to the casino. He said last Friday that the city expects to get all of its money per the established agreements.