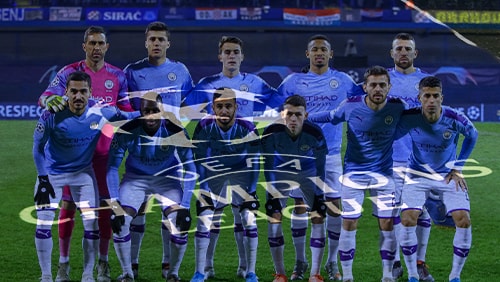 After a nerve-wracking wait, the 2017/18 and 2018/19 English Premier League champions Manchester City has been decided, and on appeal, the club have avoided a European football ban.

The backdrop to the decision has been one that football has never seen before.

The Coronavirus crisis has seen football placed in a lockdown that has lasted between two and three months in most European countries. Manchester City’s appeal to the Court of Arbitration for Sport (CAS) came after they were told back in February that they would be banned from European competition for two full seasons – a potentially devastating impact on a club seen as one of Europe’s new superpowers.

Last week saw Manchester City learn the teams that stand in their way of winning the UEFA Champions League for the first time, which include the glamourous clubs of Juventus or Barcelona, and that’s after The Citizens deal with the second leg threat of Zinedine Zidane’s Real Madrid. But they could have been playing to win a competition that they would not be allowed to play in next season.

With the original ban condemning City for “serious breaches” of the UEFA Financial Fair Play (FFP) regulations between 2012 and 2016, City were also fined €30,000,000 back in February. That is nothing to the billions that Sheik Mansour has ploughed into the club, but the loss of European football would have been a ruling that saw potentially Raheem Sterling and Kevin De Bruyne – who stated that a two-year ban would be very ‘difficult’ to take

City always believed that the CAS ruling was unfair due to information having been leaked to the authorities through the media, and so that feeling has been proved today. A large fine is one thing, but as former England, Tottenham and Leicester forward Gary Lineker said on Twitter, it’s a win in this situation. Even that fine was reduced from €30 million to €10 million.

Manchester City’s ban has been lifted on appeal. Still a fine to be paid, but a huge win for the club.

With Manchester City currently second in the English Premier League and chasing both the F.A. Cup and – more critically for their global reach – the Champions League trophies this season, what could have ended as a season of frustration finishing as runners-up to Liverpool in the Premier League may yet be a good one.

With the lifting of their European ban, The Citizens will be bouncing into the tail end of the season rather than dreading the consequences of what would have been a devastating blow to their ambitions.