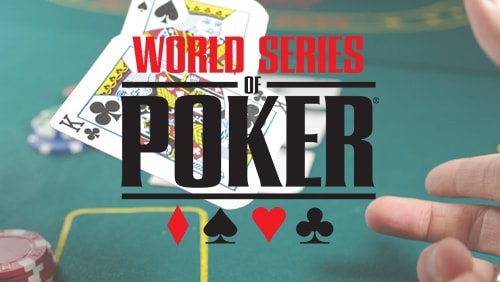 The latest in our series of classic hands from the World Series of Poker comes from a year in which, as we’ve previously covered at some length, Qui Nguyen eventually triumphed over Gordon Vayo after the mother of all ‘I Knew It’ moments ended the Johnny Bax Dream.

It was also, of course, the year that Griffin Benger and Will Kassouf dragged things down to such a playground level that they were each banned for one year from making sandcastles in the Rio crèche.

Before Qui Nguyen would win the WSOP Main Event of 2016, however, he was almost a bystander in a dramatic hand hand featuring one of the best folds of that, or any, World Series.

Pons makes it 450,000 to play with king-queen of diamonds. Nguyen calls with 9-6 offsuit with a six of clubs, while Obst does the same with pocket sevens and Ruane clicks the call button with nine-ten of clubs. The flop comes queen-seven-jack, with the latter two cards being clubs.

On the flop, Obst plays it tricky and checks, as does Nguyen, but Pons makes it 625,000 to go. Ruane, despite a cartoon grimace, re-raises to 2 million but undeterred, Obst clicks it back to 5.3 million. Nguyen and Pons get out of the way, but Ruane, with a slightly smaller stack than Obst, makes the call.

With 13 million in the pot, Obst has 20 million behind him and Ruane is sitting behind 16 million.

The turn, almost inevitably given that grimace from Ruane, comes as the ten of clubs, filling in Ruane’s miraculous straight flush. Nguyen, with the six of clubs having been folded a part of his hand, is unmoved. Obst looks keenly at the card on the flop. Ruane strikes the pose of a man who is thinking of whether he left the oven on at home, but in his head, is galloping through every dance he’s ever seen in his life.

Ruane carefully pokes forward the extremely value-looking bet of 3.75 million after Obst checks, and the Australian makes the call. It’s at this stage that my spidey-sense was tingling as a fan. Big pot alert, Peter Parker. Big pot alert.

When the river brings another ten, it makes Obst a full house. He bets out 4.7m, leaving himself 11.6 million behind and that’s crucial. The 4.7 million acts as a strong blocker bet to better hands and is designed to prompt an action from Ruane. Checking would be poor from Obst here; he has a great hand and if Ruane checks behind, he’s missed massive value by letting him get to showdown for free on 5th street. Ruane can only call, fold or realistically raise all-in, and what he does will tell Obst what he has.

Fold and Ruane was running a story, with the result of Obst winning without showdown. That’s the best-case scenario for the Australian, of course. Call and it’s going to be a marginal hand, with Obst knowing that while he has a very good hand, he’s got to downgrade it as being vulnerable to hands like pocket queens or jack-ten, both of which now make bigger full houses.

An all-in shove would show huge strength from Ruane, but of course he does so, and after just 13.1 seconds of consideration. Obst has an easier decision than it looks like, but only because he’s already worked out what’s written on the answer sheet.

Obst takes a little longer to go through all the information that he’s seen, but in the end, the man from Down Under processes it perfectly, and lays down a flopped set and riverboat that he knows he can only ride to defeat.