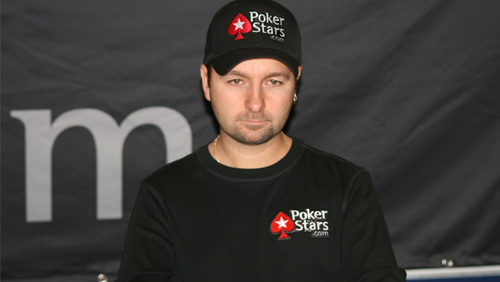 Ever lost your temper playing online poker? Of course you have, you’re a human being. Even the best lose their minds playing the game we love and never more so than when it’s for the highest stakes, also known as a World Series of Poker bracelet.

Event #10 of the World Series of Poker online saw GGPoker’s Daniel Negreanu streaming as usual, bringing his journey to the masses as he bids to win a seventh WSOP bracelet and triumph in a number of side bets. The superstar Canadian poker player has bet many players this summer that he’ll win a WSOP bracelet, so not to do so will cost him at least in the six figures bracket and possibly more.

So, when you’re deep in a WSOP event and your internet connection to the tournament fails… it can send you over the edge.

Daniel Negreanu did not enjoy losing touch with Event #10 of the World Series of Poker online event, but could see the funny side when he woke up:

Question: Daniel, have you ever been on tilt?

From posting his weight loss to his latest anger management audition, Negreanu is fast becoming the Madonna of the poker world (bear with us on this one). Every time there is a new trend, Kid Poker is right on top of it. When the solvers came out, Negreanu had a deep dive on them, studying hard and revolutionising his game.

When the time was right to be a brand ambassador with the biggest name in the game, Kid Poker was front and centre, the most recognisable face not only for PokerStars’ legendary Team Pro of the time, but in poker itself.

Negreanu has an innate ability to place himself in the centre of the frame, from his final table near-bubble in the WSOP a few years ago to the age of the poker video blog. Negreanu has put himself front and centre so many times in the last 20 years that poker has begun to be shaped around him, a little like it must have felt to have been Madonna in the 1990s.

The greatest poker players are like the greatest achievers in any area of life. They don’t just invent something that others are looking for, they constantly reinvent themselves to be who they need to be to survive.

For Negreanu, this is perhaps particularly impressive purely because of the quicker cycles that poker experiences. From c-bets to smallball, through 6-bet shoves with ten-high to GTO strategy, Negreanu has changed with the times. As recently as last week, Mike ‘The Mouth’ Matusow went crackers during an online WSOP event, snapping about a perceived slowroll that was no such thing.

Cue this mini meltdown from Negreanu at exactly the time when losing your rag at the WSOP servers is right on trend. He even manages to do it in a fairly nice way, although it was touch and go for a new laptop at one stage.

How nuts will Negreanu go if he wins a bracelet, or perhaps even better loses heads-up during this online version of the World Series of Poker? We can’t wait to find out.