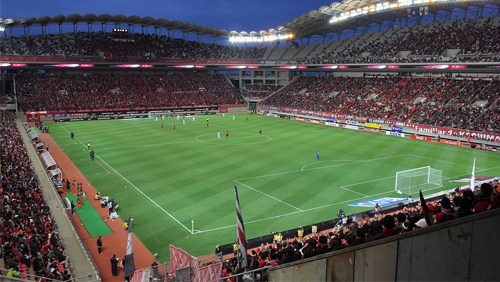 A dramatic midweek set of fixtures produced five-goal thrillers, thrashings for sides in the bottom half of the table and excitement for fans around the world. Some thumping victories and crushing defeats helped some clubs get out of trouble while others were put right back in the mire.

While there were big wins for Manchester City (5-0 at home to Newcastle) and Liverpool (3-1 away to Brighton), other wins gave sides a lifeline in their battle against the drop or fight for a Champions League spot.

A close game at The Emirates saw the spoils shared as 10-man Arsenal were reined in by Leicester City. The Foxes fell a goal behind when Bukayo Saka’s slick through ball led to his 12th assist of the season in all competitions as Pierre-Emerick Aubameyang slotted home the opener.

Leicester looked lacklustre, with Jamie Vardy starved of service in the absence of two of the Midlands club’s finest performers this season in Ben Chilwell and James Maddison. But when Eddie Nketiah’s over-the-ball challenge saw him eventually shown a red card by referee Chris Kavanagh, Leicester seized more control in the game.

That control was shown to full effect as Jamie Vardy scored a late equalise to give Leicester a vital point in the race for the Champions League and condemn Arsenal to Europa League football at the very most.

A really bizarre game took place in South London as Palace looked well beaten then came back to almost nick what would have a point they deserved at the very least.

Chelsea led 2-0 by the first drinks break after an early salvo where the highlight was a superb Christian Pulisic goal. Palace, however, struck back before the half-time oranges, Wilf Zaha lighting up a near-empty Selhurst Park with an incredible long-range effort that flew past ‘keeper Kepa.

Chelsea would go 3-1 up through Tammy Abraham after poor defending from Sakho in particular, but Palace hit back through a rare Benteke strike and were unlucky not to equalise in a frantic final few minutes. Chelsea somehow emerged with all three points.

What started as a tricky tie in the Midlands ended as a comfortable victory for the most in-form team in the Premier League. Aston Villa went for the jugular in the first 15 minutes, with shots from Grealish and Trezeguet both going close.

The relegation-threatened side were punished for their profligacy in a controversial incident as Bruno Fernandes won a penalty when he was obstructed mere nanoseconds before he landed on his opponent’s leg – a crucial marginal call that went United’s way, the Portuguese ‘magnifico’ stroking home the penalty with consummate ease.

Thereafter, United were excellent, holding off Villa like a boxer with a longer reach, and scoring almost at will, with extra strikes from 18-year-old Mason Greenwood and World Cup winner Paul Pogba putting the gloss on a very strong United performance.