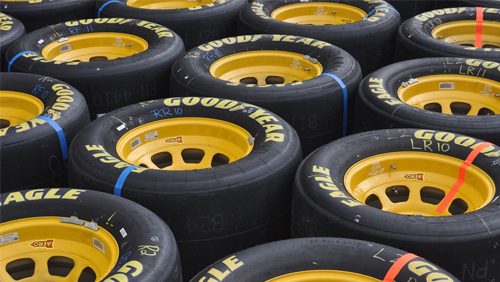 The NASCAR Cup Series makes its lone visit of the season to the Bluegrass State on Sunday afternoon for the Quaker State 400. Kentucky Speedway, located in Sparta, is a 1.5-mile asphalt tri-oval so there will be 267 laps – 400.5 miles, to be exact. The banking in Turns 1 and 2 at the Speedway is 17 degrees, while in Turns 3 and 4 it’s 14 degrees.

Since 2015, whenever a driver wins at Kentucky Speedway, he receives a Crosley jukebox. Crosley is located in Louisville, which is about 60 miles from Sparta.

“Trap” games definitely exist in the NFL, NBA and NHL, and this could be a “trap” race in a way for the drivers. They raced at one of the marquee tracks in the world last Sunday at Indianapolis and this Wednesday the All-Star race is being held at Charlotte. Then again, it’s not like NASCAR drivers take a week off like PGA Tour guys do.

Kurt Busch is the defending champion by winning a two-lap overtime dash, beating brother Kyle to the finish line by .076 seconds. A late caution saved Kurt Busch as he was running fourth, nine seconds behind leader Joey Logano, when Bubba Wallace spun in Turn 2 with six laps remaining. It was the first time a Chevrolet driver had won at Kentucky and first time in any race Kurt beat Kyle in a 1-2 finish. Kurt is +2000 for Sunday and his average finish at Kentucky is 10.8.

Brad Keselowski is the only three-time champion at Kentucky, taking the checkered flag in 2012, 2014 and 2016. Despite those victories, his average finish is a bit down the list of active drivers at 12.3. Keselowski is +700.

Martin Truex Jr. is the only other multiple-time winner here, going back-to-back in 2017-18. Truex was leading the field by 15 seconds with two laps to go in 2017 until the caution came out, which set up an overtime finish. It would extend to 174 laps. Truex Jr. is +650.

Seven-time points champion Jimmie Johnson will race after being bumped from last week at Indianapolis due to a positive COVID-19 test. He tested negative twice this week and was cleared. Johnson is +2500 to win – Kentucky is one of only three active tracks where he has never earned a victory.