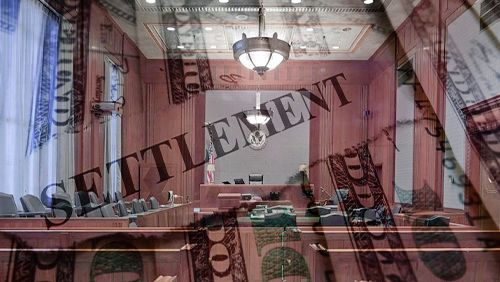 It was the story of 2014, and had nothing to do with poker apart from the man at the centre of the scandal. Phil Ivey, one of poker’s most popular and well-respected players, was being sued for $9.6 million by the Borgata after an edge-sorting drama that not only had the hallmarks of a classic movie but would eventually be turned into one.

Poker is often referenced in popular culture. We call politicians on their bluffs, mention that the buck stops wherever we choose and praise or criticize those in the public eye for having a good pokerface. But when CNN reported on the Phil Ivey and Borgata scandal, it really did feel like poker had made it all the way to the mainstream headlines of the day.

So the conclusion of a case that cause ripples throughout the poker industry is huge news, and has emerged after six years of disagreements that have polarized poker fans.

It’s not the first legal case within poker to have reached its conclusion during the worldwide lockdown, with the Mike Postle case dismissal showing that perhaps the best time for cases to be swept under the carpet of poker’s history books is during a global pandemic.

The case was fairly simple. Phil Ivey worked with an accomplice to perform ‘edge-sorting’, a skill-based way of determining an edge against the casino to the tune of winning $10 million at $100,000 a deal. Ivey argued it was a skill, the casino said it was cheating.

In recent years, the money – won way back in 2012 – took on less importance. It became a principle-based argument. Was it dishonest or a casino leak that warranted exposure? Fans were split on the moral quandry in which anyone who cared about Ivey was placed. On Wednesday morning, it was reported that Ivey and Borgata had reached a settlement following mediation between the two parties.

If you want to know how bad it got between the accused and the accuser, some of Ivey’s winnings – namely in last year’s WSOP Poker Players Championship, were garnished by Borgata after they were allowed to seize his Nevada assets.

Ivey himself, just as he might have done at the poker table, kept his cards extremely close to his chest. He surfaced more in the years that followed and has played at both of the most recent WSOP in Las Vegas, although with no live tournament festival so far this year, that may not be possible in 2020.

He went to Macau, he put out a video on Short Deck poker, he even answered some sporadic questions over the years as the man who has always been a poker enigma gave a little content back to the people who loved him.

The end of the Borgata case may well prove a watershed moment for poker fans as much as it will Ivey himself. Many sided with Phil Ivey during the dispute, many more than the few who agreed with Borgata. But a whole chunk of the poker population just wanted Ivey to get back to doing what he does best – playing poker at the highest stakes.

Finally, those in the latter group may have got their wish.