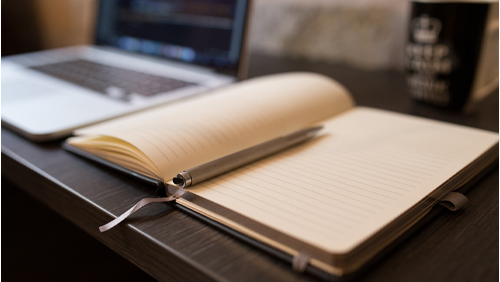 As Covid-19 has hit sportsbook operators hard, Footstock has enjoyed a period of rapid expansion, growing eight-fold in the last three months. HooYu is now integrated into the Footstock customer sign-up process providing UI and UX tools alongside a range of KYC technology to provide Footstock customers with a smooth and easy digital journey.

Prior to using HooYu, Footstock were manually performing KYC, receiving ID documents from customers, and taking up to a day to approve customer registrations. Footstock now use HooYu to deploy identity database checks, ID document validation, proof of address matching and PEPs and Sanctions checks to verify customer age and identity. As a result, the customer sign-up journey can be completed in a few minutes instead of up to a day.

The operator also has full access to ORYX Hub, which hosts an extensive library of 10,000+ casino games from 100+ providers, including ORYX’s proprietary RGS content, and titles from Gamomat and a variety of third party suppliers such as Evolution, NetEnt, Pragmatic Play and Greentube.

Blueprint Gaming, the U.K.’s leading developer of iGaming content, has strengthened its team with the appointment of Lauren Bradley into the newly created role of Head of Commercial.

Lauren’s arrival comes at a pivotal period for the company and during a watchful time throughout the industry following a flurry of M&A activity which is changing the online gaming landscape.

Bringing a wealth of experience and industry knowledge from previous high-level commercial and account management roles at tier one suppliers and operators, most notably Bede Gaming, iSoftBet and more recently Realistic Games, Bradley will aid the long-term development of the business and success of Blueprint.

Push Gaming first in the door with Caxino

Unveiled to great fanfare in June 2020, Push Gaming is set to provide the newly launched Caxino with its engrossing collection of slot titles following an initial agreement signed earlier in June.

Billed as a casino ‘fit for the digital age’, Caxino is powered by Rootz’s cutting-edge software platform, and has been designed to eliminate lengthy sign-up and payment processes to cater to the new generation of player.

The deal, which is facilitated via Push Gaming’s own MGA-licensed platform, sees Caxino integrate chart-topping player favourites such as Jammin’ Jars, Razor Shark and Joker Troupe.

Pragmatic Play, one of the leading iGaming content providers, has announced the addition of its Bingo vertical to Lottoland.

The supplier’s slot games portfolio is already live with online lotto operator Lottoland, and now, via the single API integration, Lottoland customers will have access to Pragmatic Play’s bingo offering, including five different variants of the game (30, 50, 75, 80 and 90-ball), as well as the exclusive Bingo Blast product.

This new take of a classic game brings forward engaging visuals, a new way to play and high-quality elements designed entirely in-house. A game of Bingo Blast is 3-4 times faster than the average 90-ball bingo game. With its customizable UI and UX and clear-cut back office, the product is one of the most innovative on the market.

Caxino is the latest addition to Rootz’ multi-brand portfolio, which comprises a selection of innovative online casinos that are enjoyed by a rapidly growing global fanbase.

Triple Cherry is pleased to communicate its recent partnership with the LatamWin group. This new partnership will allow LatamWin clients to enjoy the Spanish developer’s diversified catalogue of games while allowing the company to expand its presence in Latin America.

LatamWin is a leading technology provider in the gaming industry with over 7 years of experience in the industry. Thanks to its complete platform, Triple Cherry’s video slot content will be available to all its audiences.

Their customers will be able to experience a complete gaming experience thanks to titles such as Saint Fermin, Carnaval do Rio, Mega Chef and their latest release Starfall Mission, their most galactic 3D slot.

The deal allows sports betting operators access to content across all events organised by the WTT, including the prestigious World Table Tennis Championships.

The ‘pays both ways’ slot utilises AvatarUX’s exciting PopWins™ mechanic, where winning symbols ‘pop’ and are replaced with two new symbols, something that can continue to expand for every cascading win on a single spin, offering great win potential.

A multiplier is added for every seventh Pop, meaning one spin can turn into huge wins if the Pops don’t stop and the reel grid continues to grow.

If three wins occur in a row, two random wilds are triggered, something that is repeated for every three consecutive wins, leading to even more Pops.

If the reels expand to seven columns high, the bonus round is triggered, and three extra lives are awarded to players. Where previously a non-win screen would end the multiplier, an extra life is consumed and a re-spin is awarded, while the multiplier remains throughout the duration of the spin.

Casino software provider Playson is taking players on a voyage to the Far East in search of huge prizes in its new title, Pearl Beauty: Hold and Win.

This 243 ways to win slot transports players to a place of mysticism as they join two adventurous characters on a quest for big wins and bonus features.

The game incorporates the popular Hold and Win mechanics which proved to be a big hit with players in the developer’s Sunny Fruits: Hold and Win.

Pearl Beauty: Hold and Win features a Bonus Game which is triggered by six or more bonus pearl symbols. The special Golden Pearl symbol during the Bonus Game collects the values of the other pearls and immediately adds it to the total win.

During the bonus round, there is an additional chance to win three in-game Jackpots – Mini, Major and Grand – adding even more suspense to that Bonus Game.

Specialist slot provider Lightning Box has prepared for battle with the launch of its latest title, Spartan Fire.

The 4×5 reel slot features 40 paylines as players fight for big wins. With the Wild Eyes symbol acting as a wild, the Spartan Spin feature also turns the Man and Woman icons into wilds for even bigger wins.

If three or more Spartan Shields land on the reels, the Spartan Fire Bonus is triggered, giving players a chance to choose their shields to lead them to glory.

Each shield reveals a different icon, with multipliers, wilds and extra free game(s) to be unlocked. Players can even win up to nine free games with a 30x multiplier!

Initially exclusively available with Kindred for a two-week period, Spartan Fire will be released through the SG Digital platform.