Home / Life / Looking to change citizenship? Dominica might be the answer 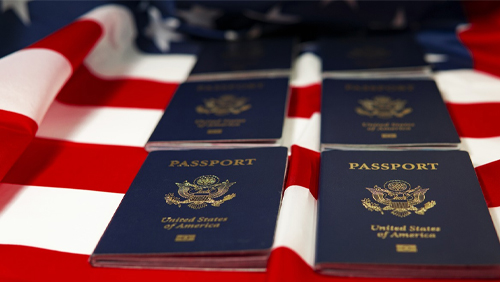 There are many reasons why someone may want to change their citizenship from one location to another, but the process isn’t always easy. The reasons aren’t important – everyone’s entitled to choose his or her own path in life. However, for those that want to make a major life change, the Commonwealth of Dominica might be the perfect spot. And, thanks to a new agreement between the government and an upcoming resort, there’s a way to pick up the citizenship with what many would consider a very modest investment.

Halfway between Antigua and Barbuda and St. Vincent and the Grenadines, and the divider between the Windward Islands and the Leeward Islands, lies Dominica. As is the case with many countries, commonwealths and territories, it offers a Citizenship by Investment (CBI) Programme that allows individuals to apply for citizenship by making an investment. As long as the background check goes well and the investment is made, the citizenship is granted.

Tranquility Beach Resort is a new resort coming to the island that is expected to be completed sometime between next year and 2022. It isn’t just another resort being built by some unknown developer; it’s part of the Hilton Curio Collection, which means it has some serious backing to ensure it lives up to its five-star standards. Tranquility just announced today that it has been approved for participation in Dominica’s CBI program, which means that, for an investment as little as $200,000, it could be possible to receive citizenship from the commonwealth.

According to Dominica’s prime minister, Roosevelt Skerrit, the project is one of many that are being developed in the territory and one that he has “been proud to watch from its very inception.” Although many are being constructed, Tranquility is one of only a few that have been given eligibility for participation in the CBI program.

Says Paul Singh, the director of government advisory firm CS Global Partners, “Judging by the swift and consistent progress we see at Tranquility Beach Resort, despite the current global uncertainty, it appears that investors’ confidence in this resort’s future remains unshaken. Dominica, in general, has a good reputation for being trustworthy. The real estate arm under its Citizenship by Investment Programme is in a league of its own, rooted in ecotourism.”

Tranquility features “cliff-hanging” villas, condos and luxury facilities that will offer some spectacular views. With a population of just around 71,000, Dominica will be helped economically by the development and its investments, as well as the 300 new jobs that are expected to be added once the resort is complete.

So, there it is. For what it costs to buy a 649-square-foot, one-bedroom apartment in New York, you could buy a piece of a Caribbean tropical paradise.