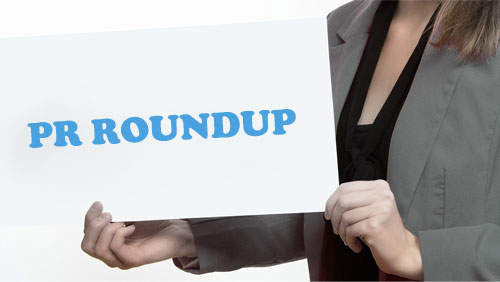 Relax Gaming, iGaming aggregator and supplier of unique content, has signed an agreement with Genesis Gaming, in a Powered By Partnership deal to launch the latter’s collection of premium slot games through its brand Radi8.

The slot studio will also gain access to Relax’s fast-growing distribution network and wide market reach, together with the fast and effective delivery that forms the foundation of the Powered By programme.

Genesis Gaming is the latest in a series of suppliers to join Relax’s Powered By network, further diversifying its content distribution platform with a vast selection of quality slot and casino games.

Online Casino and Sportsbook Betzest™ expand their offering in a new partnership with leading Live Casino provider Evolution Gaming™, which will give their players opportunity to access to Evolution’s full range of mainstream and VIP Live Casino games including Roulette, Baccarat, Blackjack, progressive jackpots and a variety of poker variants.

Betzest  continues to increase its operations since its launch in July 2018. Betzest is quickly becoming one of the world’s leaders in offering high class sports betting and casino games.

After adding to its portfolio many key payment methods and casino providers Betzest now offers a great selection of live casino games to ensure amazing entertainment, user experience and adrenaline to their players. This is another significant step in Betzest™ rapid expansion. The company is looking forward to announcing more collaborations with other leading providers lined up for the beginning of Q3, 2020.

The deal will see EGT Digital integrate Playson’s popular games collection onto its platform, including the Timeless Fruit Slots series featuring the recently released Sevens & Fruits: 6 Reels, as well as top-performing titles such as Solar Temple and Viking Fortune: Hold and Win.

Under the agreement, the emerging platform provider will also benefit from the supplier’s integration-free engagement tools, such as jackpots, seamless play, bonus spins and regular tournaments to drive player retention for its operator customers.

Operators can provide non-stop betting opportunities, and bets can be placed conveniently and with ease via PBS’s market leading SSBTs.

The new SSBT virtual product is designed to replicate real-life sport and was made possible following a year-long process of advanced motion capture filming at studios in Leavesden, U.K.

Salsa Technology and InfinGame have finalised a special content partnership whereby both companies will exchange proprietary titles to further diversify their iGaming offering.

A stipulation of this content agreement is that Salsa Technology’s Game Aggregation Platform (GAP) will welcome a selection of titles from InfinGame. The iGaming casino supplier’s offering features casino and slot games, all seamlessly integrated and optimized for desktop and mobile.

The Bullseye launch cements the Malta-based firm’s position as a next generation supplier as it continues to invest in creating a strong brand and further expanding the company.

The new brand incorporates a range of Kalamba’s new promotional tools, which will initially be made available to partners that are directly integrated via the Bullseye RGS. The roll out is set to begin in H2 2020 and gives direct access to over 35 unique Kalamba titles. Additional titles will be added rapidly with Kalamba maintaining its current release velocity at approximately one title per month.

Independent gaming company Leander is happy to announce it has signed a partnership deal to launch its games portfolio with Singular.

Under the terms of the new agreement, Leander’s proprietary and third-party content will now become available to players across all of the Singular partner operator sites. Games include Leander’s very own hits Ave Caesar, Kraken and Wild West Zone, the latter featuring Leander’s innovative concept “Dynamic Ways”, together with Leander’s latest release, Ways of the Labyrinth.

The supplier’s European Roulette and three and five hand versions of Blackjack are now available with a minimum bet of 10 pence, or currency equivalent.

Relax Gaming, igaming aggregator and supplier of unique content, is commencing a battle for big wins in its latest release Marching Legions.

The 5×3 slot is packed with engagement-enhancing features, including Marching Respins, Nudges and Free Spins, which make for an epic gameplay as players try to command and conquer the reels to win up to 10,000x their bet.

As on any battlefield, there’s strength in numbers. Each time a full stack of legionaries appears they brandish their swords and charge across the game area, triggering Respins in their wake.

If another full stack lands during Respins, it will turn into a Marching Stack, continuing the feature until the troops march off the game screen.

Every stack that marches out of sight is recorded in the Free Spins Collection Meter until five have been counted, unlocking new territory in the Free Spins round. Here, players collect horn symbols to progress across the frontline with new waves of legionaries and free spins.

The handy Nudge feature also helps to build a full stack if only two or more partial stacks have landed, boosting players’ chance of triggering the bonus round.

With an RTP of 98.12%, Marching Legions offers a high-volatility slot experience with massive payout potential.

Blueprint Gaming is once again delving deep into the ancient Egyptian tomb to bring players the riches of the Pharaohs in its latest addition to the hugely popular Eye of Horus franchise.

Eye of Horus Gambler presents players with new levels of engagement, not seen in the original Reel Time Gaming (RTG) version which was successfully transitioned from retail to the online slots market by Blueprint back in 2017.

Virtual Drag Racing, a head-to-head motor rally, becomes a front-and-center game in BetConstruct’s virtual betting offer. The game features a short racing court and two vehicles competing with one another to be the first at the finishing line.

For Virtual Drag Racing BetConstruct has accurately built the audiovisual components of the game to deliver outstanding entertainment to its partners’ players. With realistic cars and race animation accompanied by the sound design of roaring engines and road drifting, the 20-second gaming sessions capture and convey the true feel of street racing.

The betting markets include fixtures like winner and individual total time, while offering 500 games a day with two-minute intervals. The combination of a fast-paced game and next-level 3D visualization allows the operators to target players who are in for a fast and emotional betting experience.

Return to the funky 90s and experience summer on a Miami beach where the fun never stops in BF Games’ latest slot title Hot Sunrise.

A Wild symbol can substitute all other symbols and landing a stack of identical symbols on two of the reels awards a Respin. Hot Sunrise also comes with a new turbo feature which speeds up the excitement for players.

When nine identical symbols land, players get a chance to spin the exciting Wheel Bonus for a chance to claim generous multipliers.

BETBY is set to offer unique markets and betting options on the popular arcade-style vehicular soccer game, which has garnered fans around the world.

The new title will join Football and Basketball in the supplier’s expanding selection of esports products, joining live games alongside the provider’s innovative sportsbook offering. Tennis and combat sports competitions are currently in development to be added to the growing titles.

Spearhead Studios is pleased to announce the first game launch during Super July. Dark Joker is a new medium volatility title designed using the well-known comic book style. This high-intensity slot aims to project the player into the world of heroes and villains. Dark Joker is the title which opens Spearhead Studios’ Super July month, with no less than 5 scheduled releases.

Dark Joker is a 3×3 video slot with a dark, comic book style and high-octane gameplay. The game features ‘Dark Joker Re-spins’ and win multipliers of up to 10x, and generates wins of up to 1,000x the player’s bet.