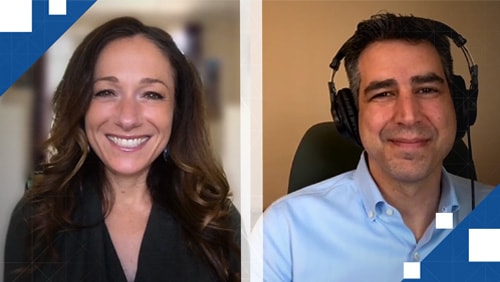 Land based casinos have a difficult proposition right now. While many have reopened, the fears and precautions surrounding Covid-19 mean people aren’t coming back at 2019 levels yet, and operators have to do whatever it takes to stay a top choice for entertainment. Mohegan Sun is doing that with some of its social offerings, so our Becky Liggero Fontana spoke with Aviram Alroy, Vice President of Interactive Gaming at Mohegan Sun.

Alroy began by noting that its not really new players that are flocking to their interactive options, but their usual land-based visitors. “So first of all, it’s fair to mention that Mohegan, on a corporate level, we operate in multiple jurisdictions, including Pennsylvania, New Jersey, Washington, and Connecticut,” he said. “So in all various areas, we see a solid increase in numbers on interactive, whether it’s real money gaming or social, and what’s really interesting is that the increase that we see is not new players, but actually existing players from our existing land-based database. So I think a lot of players just went over the hurdle of going online, something that they didn’t do in the past.”

To get players to keep Mohegan in mind, Alroy spoke about how they stay in touch. “So we’re using the basic interactive communication, which is you know email,” he said. “Email is still very big with our database. Social is, to a certain extent, people who are downloaded in the past, over half we obviously communicate with them within that way, but we really keep it to direct methods of communications because that seems to be working the best, and it’s also something that we feel it is very, very highly high quality in terms of response.”

As a trade-off, that means Mohegan isn’t focusing so much on drawing in new players. “Our efforts, obviously because of the shutdown, we have kind of, in some ways minimal efforts, so our efforts to going and extending in terms of advertising is still being done in digital media, SEO, SEM and social,” Alroy said. “But it’s, using our existing database is really about to working very well for us.”

Something your average casino visitor probably doesn’t realize is how in-depth online problem gambling tools can be, and the effort being put in to keep them safe. “From the get-go we installed and initiated more than regulated, responsible gaming on our online platform, and we haven’t seen anything being ticked up or any new things that we were worried about in terms of our existing players and new players coming in,” Alroy said. “So we feel very confident that this right now there’s no issues, and that the issues that we that are coming up we are able to manage them in a very highly sufficient way. And to your point, I think unlike land-based gaming when it’s very hard to see people, we are able to track people online constantly in terms of problem gamblers, and be able to mitigate that with the various message that we have online.”

As with most in the industry, Alroy understands that any changes into gambling regulation expansions are on hold for the moment. “I think right now, for obvious reasons, the states and governors are very preoccupied with Covid-19, as well they should be, you know it’s about the safety of the people first and foremost,” he said. “But at the end of the day, I think every governor in each and every state, they see a budgetary hole, and we have a sense that in states that have not yet moved forward with online gaming or sports betting, there’s definitely much more movement, much more understanding of that, and it goes but beyond budgetary holes because a lot of people are now seeing working from home, staying at home, it’s a way to work and communicate; it’s not even the way of the future, it’s the way of today’s age. And I think that helps online gaming as well as it’s kind of a method to entertain people while they’re at home, whether it’s now or in the future.”

But if the current moment has done anything, it’s vindicated Alroy’s belief in Mohegan’s strategy. “Well I think my idea of omni-channel and communicating both land-based and online was always the way to go, but I think this trickles down, or trickles up to a lot of people in management of the land based,” he said. “I think now to understand that online is a way to diversify, but also a way to communicate with players while they’re at home, and I think this is going to change probably forever now that land-based casino will have the understanding that it’s good to diversify, it’s good to have an engagement tool while they’re online or land based, and actually having them both working together is probably the best method to entertain and to engage with players.”