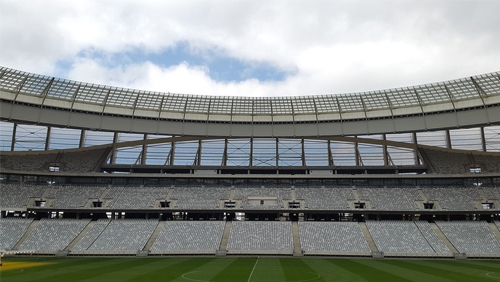 It was a highly entertaining weekend of fixtures in the English Premier League as Manchester United and Bournemouth shared seven goals, there were two vital wins for London’s most successful football teams and neither of this season’s challengers in the title race had it all their own way.

A crazy game at Old Trafford ended in a seven-goal thriller that could have seen way more strikes hit the back of both nets than it actually did. From the kick-off, United were as exciting going forward as they were ramshackle at the back. It was The Cherries who drew first blood, scoring at the far post through Junior Stanislas as Victor Lindelof, captain Harry Maguire and David De Gea all had chances to block the speculative near-post effort at various stages of the ball squirming through United’s leaky backline.

In recent weeks, United have been as solid at the back as they have been reliable at the top of the pitch. They needed to up the attacking pressure on Bournemouth to an even greater degree than usual, but while in previous seasons, that may have been a task that posed more problems than were surmountable, this time around United were home and dry by half-time.

Mason Greenwood has been in scintillating form when he has played this year and the 18-year-old struck a superb equalizer, again made by mercurial midfielder Bruno Fernandes. Greenwood accepted the ball with impeccable control and lashed it home with his left foot. Six minutes later, United were ahead, as a Marcus Rashford penalty put them 2-1 up and another six minutes later, on the stroke of half-time, Anthony Martial’s superb curling effort his the top corner and sent the home side into half-time two goals up rather than a goal behind.

The second half wasn’t nearly as one-sided as it looked from the final score, at least not for the opening period of the half as Bournemouth threatened to score from open play then reduced their arrears from the penalty spot after VAR punished a handball from Eric Bailly that looked questionable both in terms of whether the offence was in the box or whether it hit anywhere below Bailly’s shoulder at all.

The Cherries were after an equalizer and had the ball in the back of De Gea’s net again only for VAR to come to United’s rescue this time, the strike ruled offside by at least a yard. Minutes later, the game was out of Bournemouth’s reach, Greenwood striking again, this time with a rising right-foot drive that shot into the top of the net past a helpless Aaron Ramsdale.

Some gloss was added to the paintwork as Bruno added to his two assists by curling in a delightful free-kick to make it 5-2 and with the Red Devils able to make changes to save the legs of their superstars, they are looking good for a top four spot, even though Leicester won 3-0 against Crystal Palace and Chelsea sauntered past Watford 2-0.

An entertaining game took place at St. James Park as West Ham United twice led but were pegged back by a resolute Newcastle side. Under Steve Bruce this season, The Toon have looked greater than the sum of their parts, and they showed great spirit to twice fight back from a losing position.

The opening goal was almost comical, a cross somehow making it through the entire Newcastle backline to Michail Antonio, the former Nottingham Forest and Sheffield Wednesday player having no problem slamming it home for an early 4th-minute lead.

Just ten minutes later, however, Newcastle were level, Miguel Almiron adding to his already cult status on Tyneside with another quality finish to equalise. West Ham were determined to regain the advantage after the break and did so when Soucek, who scored against Chelsea notched again. However, as David Moyes and former Newcastle player and now West Ham assistant Kevin Nolan celebrated, Newcastle kicked off again and not two minutes after falling behind, they were level again, Jonjo Shelvey with the goal to cause consternation on one bench and jubilation on the other. West Ham ended the game with 31 points, which looks like a comfortable buffer between them and the relegation zone with just five games remaining and the sides below them in worse form than The Hammers themselves.

An incredible game took place on the South Coast on a balmy Sunday evening as Southampton proved that on their day, they are a match for anyone.

As many would have predicted, it was mostly one-way traffic in the form of deposed champions City throwing everything at their opponents. The Saints, however, were obdurate at the back and gutsy on the break, breaking at pace and scoring an opportunistic opener from Che Adams, who lobbed Ederson with apparent ease to give the home side the lead.

The second half saw City lay siege to Southampton’s goal, but some terrific defending from Stephens and Bednarek at the back as well as an unbelievably good performance from Alex McCarthy between the sticks preserved the South Coast side’s lead.

City threw on Kevin De Bruyne and Phil Foden, and it was an onslaught upon the Southampton goal. The former champions came close so many times, but The Saints marched up the pitch and back again time after time to earn a fantastic victory.