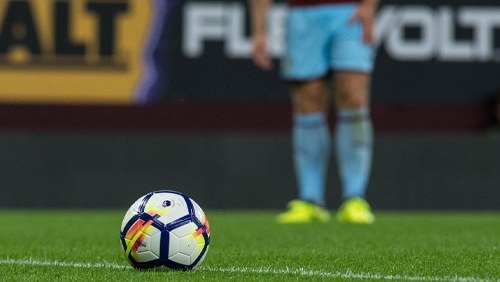 Across Tuesday, Wednesday and Thursday, there are 10 games in the English Premier League, with Project Restart having been a roaring success. The greatest club league in the world nears its conclusion and with plenty still to be decided, there are great sportsbetting opportunities for the gifted investor. Or perhaps just those who have read the following guide to the 20 teams taking to the deserted stadiums up and down the country.

A fascinating game will take place at the Emirates Stadium as Arsenal, once a Champions League rival to many, will attempt to stop Leicester City in their tracks as the Midlands side race towards a 3rd-place finish.

Arsenal have, on the face of it, been in terrific form as they’ve won their last four games, but in beating Norwich, Wolves and Southampton, they’ve also been gifted goals. The form of Bukayo Saka, however, has been a huge plus this season for The Gunners and he notched his first league goal at the weekend.

Leicester will be no pushovers, however. In Jonny Evans and Çağlar Söyüncü, they have a formidable central partnership that can block any in-form strikers. They also pose an attacking threat, and we think the Northern Irish kingpin will score against an Arsenal side weak to set piece height.

After battling each other in a fairly one-sided F.A. Cup quarter-final just 10 days ago, City and Newcastle meet in the EPL with virtually nothing on the line. While Newcastle managed a 2-2 draw with relegation battlers West Ham at the weekend, City come into the game on the back of a peculiar 1-0 defeat at Southampton where they simply could not score a goal no matter how hard they tried.

City have to return to form at some point, even with nothing on the line given Liverpool’s title is already in the bank and City can’t finish outside the top four. Their Champions League hopes rest on their appeal, which could provide a result this week which will have long lasting ramifications for the Manchester club. In that sense, City’s biggest results will be in court, but we think they can get three points in this game, which could be a very open one.

In the 1992/93 season, this fixture coming around at this time would have been a title decider. It’s a good measure of how each side has plummeted since that Aston Villa would probably be happy with a point in their fight against relegation just a year after coming up to the Premier League, while United are scrabbling for every point they can get in the race to make the Champions League places.

Aston Villa actually played quite well at Anfield last night but were still defeated to leave them a point shy of escaping the drop zone with five games to play.

United, by contrast, have been in great form and the midfield engine room suddenly looks like one of the best in the Premier League, with a resurgent Paul Pogba, inspirational Bruno Fernandes and in-form trio of defensive midfielders in Matic, Fred and McTominay all on hand to control the centre of the pitch. We think a man who was culpable for one of the goals United conceded at the weekend may turn goalscoring hero to help United over the line with a captain’s goal.

Our tip: Everton to score two goals in the first half (9/2)