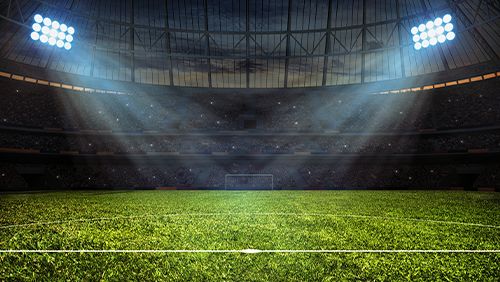 It was a weekend of football action across Europe that saw Cristiano Ronaldo, Lionel Messi and Robert Lewandowski all playing their hearts out to inspire their teams to further heights. Who would look back on the results across Saturday and Sunday with pride, and who would do so with regret? We’ve got your European travelogue of football highlights.

It’s almost impossible to see Juventus letting their lead slip now. After a weekend in which their challengers fell away, the ‘Old Lady’ of the Italian Serie A were almost flawless in moving clear of their rivals.

Lazio, Juventus’ main rivals for the title, were thrashed 3-0 at home to an A.C. Milan side inspired by Swedish footballing superstar Zlatan Ibrahimovich, while it was almost even worse for Inter Milan, who led 10-man Bologna until a late reverse saw Anotnoio conte’s side beaten 2-1 late in the game.

Juventus were imperious, however, winning 4-1 at home to Torino with a stunning free-kick ending Cristiano Ronaldo’s set piece drought. The Portuguese hadn’t scored from a direct free-kick in 42 attempts, but ended that barren run and helped his side to a vital three points along the way.

Both Real Madrid and Barcelona gained victories that saw the top two win and move the conclusion of La Liga one week nearer to what looks to be an inevitable first title for Los Blancos in three years.

Real Madrid notched their second successive 1-0 victory that owed its winning goal to the reliable right foot of Sergio Ramos, who has now scored penalties not only to win the last two league games for Zinedine Zidane’s side but with his last 22 attempts.

Barcelona kicked off their game at Villareal seven points behind but extended the season by at least another week by winning comfortably. Lionel Messi may not have scored, but the mercurial magician did everything but as he conducted the orchestra, setting up stunning goals for Luis Suarez and Antoine Griezmann.

Having won their 8th straight Bundesliga title already, Bayern Munich made it a league and cup double as they beat Bayer Leverkusen 4-2 to win the German DFB Cup.

David Alaba set the Bavarians on their way with a 16th minute opener, and it was 2-0 at the break when Serge Gnabry added to his season’s tally on 24 minutes. When Robert Lewandowski made it 3-0 shortly before the hour, it was all over as a contest and despite Sven Bender scoring a few minutes later, Lewandowski scored his 50th goal of the season to record Bayern’s 4th on the night.

A consolation strike in the 95th minute from outgoing midfielder Kai Havertz of Leverkusen only confirmed how hard they’ll need to work to replace the attacker in the summer after his inevitable sale.