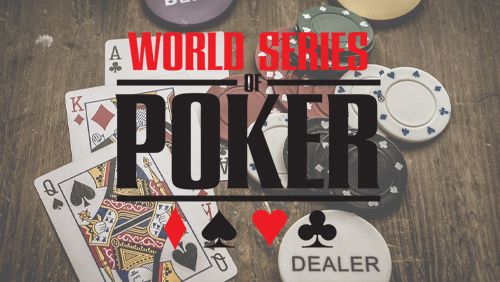 There has been a lot of talk about declaring your intentions in recent years from major poker players. Phil Hellmuth has spoken about how his positivity has had a major effect on his game. Daniel Negreanu sees declaring his intentions as integral to his success at the felt. It didn’t quite work out the same for Mark Newhouse.

When Mark Newhouse finished 9th in the 2013 WSOP Main Event, he was both delighted and yet extremely disappointed. Back in the November Nine era, the final nine players had to wait until November to play down to a winner. From 6,352 entrants, the final nine were able to put their feet up or practice their short-handed games for a season of the year.

Mark Newhouse, already having received the prize for 9th along with everyone else at the table, was said to have spent much of it enjoying the party of his life on route to his appearance in November. Unable to spin it up, he crashed out in 9th place. Still, great result.

Fast forward to the next summer and nine months on, Newhouse made the ultimate declaration on Twitter.

Newhouse, up against 6,682 opponents by the time late registration ended in 2014, made it through Day 1c safely enough. Onto Day 2 and Day 3 he went, cutting through the field. As he emerged blinking into each new World Series Main Event day, the tournament took on the odd hue of a scene from the Butterfly Effect. Newhouse, surely, couldn’t make the final table again?

On and on he went and this time, when he reached the final nine, he did things differently. Not repetition of the apparent largess his initial success in reaching the final nine warranted. This time, Newhouse was going all out for the win.

The problem for him was that, because he’d mentioned finishing ninth is such a disparaging manner, as if anything but that position would be satisfactory, the build-up to his participation in the final focused on that position almost entirely. Commentators spoke of Newhouse just wanting someone else to bust first, players spoke about in hushed tones around the table and in capital letters on social media.

It was mentioned so often that the second Mark Newhouse decided to play pocket tens in a hand against William Tonking with no-one having busted, he was starting to take on the look of a moth drawn to a flame of bright dangerous fire. The end was coming and, in some sense at least, Newhouse knows it. He plays at the jack-high flop and when another jack comes on the turn, it’s as if his fate is sealed. Newhouse turns his pocket tens into a bluff for value, but William Tonking has pocket queens and the easiest early call any Main Event final table player could wish for.

Newhouse, a year after finishing 9th for $733,224, managed to finish 9th for $730,725, a couple of thousand less than he cashed for the 12 months before. His declaration that he wouldn’t finish in the exactly the same position again had the flip effect of making it increasingly and eventually inescapably inevitable.

Newhouse has only cashed in four live tournaments since he came 9th for the second year running in 2014, amassing just over $70,000 in winnings. The best result of those four cashes was an 8th place finish in the $5,000-entry Mid Stakes Poker Tour Deep Stack Extravaganza as the Venetian.