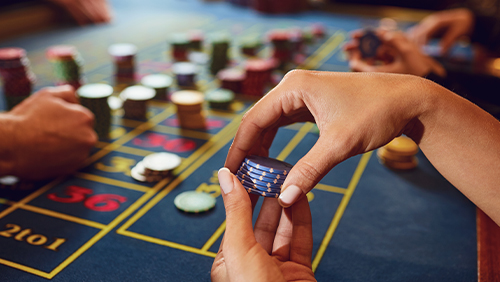 Stephen Cohen must be a glutton for punishment. He has served as a commissioner with the UK Gambling Commission (UKGC) since 2016 and will now be there for another four years. His involvement with the gambling regulator continues as the organization is catching a lot of heat from politicians and anti-gambling groups looking to flip the U.K.’s gambling industry on its head and after some have called the UKGC weak and “toothless.”

The Secretary of State for Digital, Culture, Media and Sport (DCMS), Oliver Dowden, approved Cohen’s return for another four years last week. He’ll now be able to fight the U.K.’s anti-gambling community until November 2024, hoping to keep the ship sailing smoothly. Given his background in corporate finance and governance of mass-market operations, he has a mind that is focused on numbers and audits that should prove beneficial to the UKGC’s integrity.

Cohen has also been a part of companies like JPMorgan Japan Trust and Schroder U.K. Public-Private Trust, where he has served as the chair of the two firms’ audit committees. The U.K. Health & Care Professions Council, which provides regulatory oversight of around 370,000 healthcare workers, also counts on Cohen as one of its members.

As a commissioner of the UKGC, Cohen will earn about $368 (£295) a day. He’s going to earn every penny of it, too, given the state of gambling affairs currently seen in the U.K. The country has been revamping its gambling laws for over a year, but, more recently, has begun a major crackdown that could substantially alter the landscape. In addition to calling for blanket bans on gambling ads and sports sponsorships, there is a push to drastically reduce how and where gamblers can wager, and politicians want to put the UKGC through the wringer. Essentially, the U.K. wants to make it illegal to even utter the words “I bet” as government officials look to exert total control over individuals’ actions.

The ongoing attempt to make the U.K. as vanilla as possible has even snared video game loot boxes. Seen by many as a fun add-on to video game play, the country has now declared loot boxes to be a form of gambling and want them regulated as such. It’s a stark reversal from a year ago, when the U.K. Minister of the State for Digital and the Creative Industries, Margot James, determined that the gimmicks weren’t a form of gambling. With more pressure being put on the gambling industry, as well as the UKGC, Cohen and the rest of the commissioners are going to be in for a long, hard couple of years.