This past February, ten people were indicted in the U.S. for their participation in an illegal sports gambling ring out of Illinois, including the mayor of Mattawa, Casey Urlacher. Urlacher is the brother of Brian Urlacher, a former linebacker for the Chicago Bears, and is also a former linebacker from the Arena Football League. Involved in the activity was Eugene “Geno” DelGiudice, who has now had his day in court, virtually due to the coronavirus. The 85-year-old appeared before a judge last Thursday, pleading guilty for his creative entrepreneurship. DelGiudice will have to wait until this October to find out what will happen to him, and he could face up to five years behind bars. 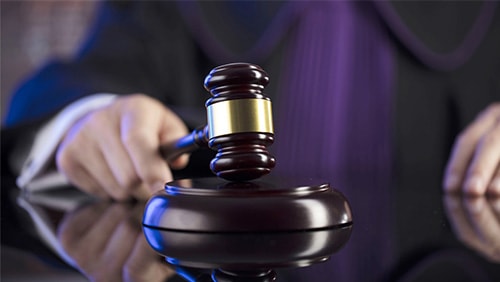 The octogenarian’s son, Vincent “Uncle Mick” DelGiudice, reportedly ran the Uncle Mick’s Sports website, which allowed sports gamblers to buy usernames and passwords to place pay-per-head wagers through offshore gambling sites, including at least one in Costa Rica. The nine others who were indicted, including Vincent’s father, were reportedly agents of the operation, in charge of managing collections and payments for the company. The elder DelGiudice was busted through an FBI wiretap where he admitted to someone that he was part of an illegal sportsbook that reportedly had over a thousand clients.

With that information in hand, law enforcement officials served a warrant on “Uncle Mick’s” home, where they discovered over $1.1 million in cash, around $500,000 in jewelry and bars of pure silver. It isn’t clear from the news offered by the Chicago Sun-Times if all of the assets came from the illegal gambling outfit, but the odds are good. DelGiudice admitted to the judge that the sportsbook intermediary had been operating from 2016 to 2019 and that it had generated millions of dollars in revenue. Payments for monthly fees for access to the websites were sometimes made through cashier’s checks, as well as checks written to cover the college tuition of the younger DelGiudice’s daughters.

As for the rest of the gang, which also nabbed two former Chicago Police Department officers, Mayor Urlacher and a Cook County court clerk, they each could receive up to five years in prison. Urlacher, who has not been forced to vacate his position, has denied any involvement and has asserted that he doesn’t know either DelGiudice. It’s unlikely that the elder DelGiudice will be sentenced for that much time, and could receive as little as only six months.