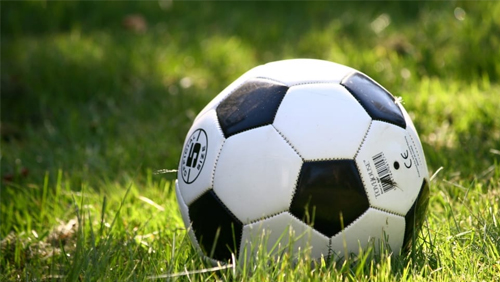 After a dramatic set of midweek results, the race for the Champions League places in the English Premier League is tighter than ever, with the relegation battle no clearer to being resolved either.

This weekend’s fixtures will see massive clashes at the top and bottom of the Premier League, with clubs such as Wolves, Spurs and Leicester all facing tricky home ties. Let’s take a look at three pivotal fixtures, with our sportsbetting tips for each game following a full schedule below.

One of the most mouthwatering games of the whole remaining Premier League will take place on Saturday evening at Molineux. Wolves welcome Arsenal, with the Midlands team six points ahead of their adversaries from North London. Arsenal were in sparkling form against Norwich in midweek at the Emirates Stadium:

Adama Traore, Pierre-Emerick Aubameyang and Raul Jimenez will undoubtedly cause problems for the defenders they face during this game. In fact, both teams attackers are better than the oppositions defences that goals are almost a guarantee. It’s certainly very hard to see this one being 0-0 and we’ll take the over on 3.5 goals.

The Magpies are in fantastic form of late, with a real feelgood factor returning to the St. James Park squad courtesy of prudent and pro-active management from Steve Bruce. The payers he’s brought into the team have really responded to his instructions, and in Sean Longstaff and Jonjo Shelvey, they have a midfield duo capable of opening up any team’s backline, as they showed in midweek against a well-beaten Bournemouth team.

While West Ham managed to get three vital points against Chelsea, they will undoubtedly find it very difficult to do the kind of chasing required to catch some of these Newcastle players just four days later. The Hammers have shown a lot of running recently, and we think this might be one game too far for their legs against a team who are flying. Desperately unlucky not to get on the scoresheet on Wednesday, we think former Southend United youth team player Isaac Hayden will make up for his glaring miss against Bournemouth with a goal at Sunday lunchtime against a team he knows very well.

Spurs host one of their bogey sides in Premier League terms on Monday evening as Jose Mourinho continues to try to squeeze as many points as he can out of a side he is desperate to re-jig in the summer.

Everton got their first win since the Premier League restart with the closely-fought three points earned against Leicester City:

Spurs have been a strange side to follow in the 2019/20 season. From having been in the Champions League final a year ago in a new stadium, they’ve sacked one of the best modern football managers in Mauricio Pochettino, employed a former Chelsea manager in Mourinho and been one of the weirdest teams to follow during the recent COVID-19 pandemic.

Everton look good value for a goal against a side who look frightened to death of pace and committed to defending deep at home with no need to impress fans in the stadium.

Our tip: Norwich to be winning at half-time, Brighton to win the match (30/1)

Our tip: Manchester City to score a penalty (7/2)