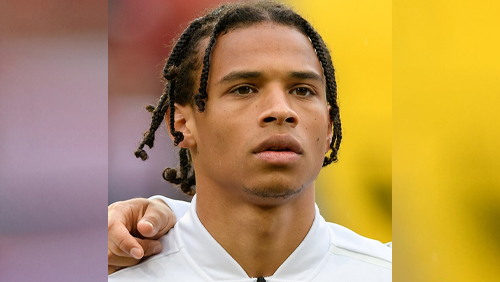 The rebuild has well and truly begun for Manchester City as winger Leroy Sane completed a protracted transfer to Bayern Munich. The 24-year old German winger had made no secret of his desire to return to his homeland and his refusal to sign a new contract forced City to sell their prized asset.

Sane had struggled over the last 12 months at Etihad Stadium, a serious knee injury picked up in the Community Shield final against Liverpool has meant he has been below his best. The German forward passed his medical earlier this week in Germany, signing a five-year contract with the 2020 Bundesliga champions.

Sane couldn’t hide his joy at signing with the German side:

“FC Bayern is a great club with big goals – and these goals suit me as well. I’m looking forward to the new challenge and can’t wait to train with the team. I know Hansi Flick from the U21 national team, we had a very good relationship there. I want to win as many trophies as possible with FC Bayern, and the Champions League is the top priority.”

Sane is no stranger to the Bundesliga, making an impression with Schalke before joining Manchester City for £37m. The German flyer won two Premier League titles, two League Cups and the FA Cup with Pep Guardiola’s side. In 135 appearances for the Premier League side, he scored 39 goals and made 45 assists.

Bayern Munich Chief Executive Karl-Heinz Rummenigge has been a long-term admirer of the German winger. Rummenigge had made no secret of his desire to bring Sane to the Allianz Arena

“Our goal is to gather the best German players at FC Bayern and the signing of Leroy emphasises this goal,” said Rummenigge.

FC Bayern board member Oliver Kahn: “We’re all delighted we’ve been able to secure Leroy’s signature for FC Bayern Munich. His qualities as a player are undisputed. His speed, his technical quality and his scoring threat make him an absolute top player.”

Sane has represented the national side 21 times and will be ineligible to play for Bayern in the Champions League in 2020.