Home / Sports / Will Cam Newton keep the good times rolling for the Patriots? 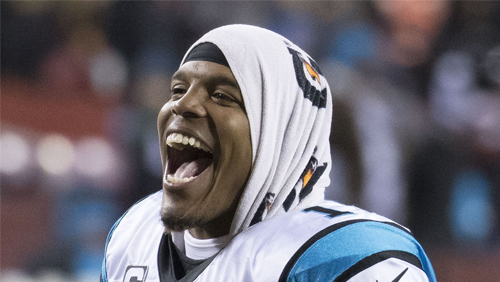 In one of the most dramatic pre-season signings, former NFL Draft first pick Cam Newton has signed for the New England Patriots, according to the New York Times.

The New England Patriots have always been a team of great drama in the NFL, with recent legacy-making victories in the Super Bowl courtesy of Tom Brady adding to the allure of a truly unique team. Brady himself might have left for the Tampa Bay Buccaeners, but the Patriots are sure that they still have star-attracting quality. To add to that boast, they have signed former NFL Draft first pick Cam Newton.

Newton, who had previously spent his football career with Carolina Panthers, won Most Valuable Player and Offensive Player of the Year back in 2015. At 6’ 5”, he’s a presence, and has a great completion percentage of 59% , throwing a total of just under 30,000 yards.

How does Newton’s arrival affect the prices for the Patriots forthcoming season? The recent NFL Super Bowl winners are 1/2 to make the post-season, with Cam Newton a best price 66/1 to be the regular season MVP. He’s as short as 25/1 in some places, though, so move quickly if that’s your market. Newton is the market favourite to be the Comeback Player of the Year at 5/1. The ‘split’ for the New England Patriots to win regular season games is 9, which is available over or under at 10/11. It’s a marginal fold in our opinion.

Although cursed by injuries in recent years, Newton still has a golden arm and if the Patriots can keep the 31-year-old fit then anything could happen.

The news that Newton is joining the Patriots isn’t the only news affecting the recent Super Bowl winners. Just two days ago, the NFL fined the Patriots $1.1 million as well as taking away their 3rd Round draft pick in 2021 as a penalty for the team filming the Cincinnati Bengals during their game against the Cleveland Browns in the 2019 NFL season.

The risk and reward scenario for that misnomer is obviously geared more towards the risk given they didn’t get away with it and have paid a higher price. Newton, however, may be far more rewarding. Having missed only six games in his first eight seasons, Newton may have endured a torrid time with injury last year, playing just twice last season, but having undergone surgery on his ligament in his left foot, Newton is back.

Time will tell whether he lands on New England Earth with a thud or soars once again to become a Comeback MVP in the NFL.