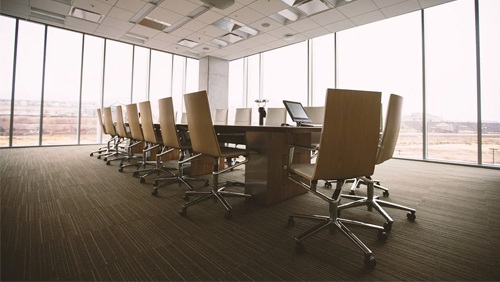 Constellation Brands, the alcoholic beverage giant behind names like Corona and Modelo beer, SVEDKA Vodka, Casa Noble Tequila and more, is extending a helping hand to minority entrepreneurs. The company announced yesterday that it will, through its Constellation Brands Ventures (CBV) investment arm, allocate $100 million to black entrepreneurs who want to operate, or are already working, in the alcoholic beverage space. The fund will be distributed over the next ten years.

The fund will be used to support “African American/Black and minority-owned businesses in the beverage alcohol space and adjacent categories by 2030.” Constellation explains that, according to a recent report, only 1% of venture capital-backed entrepreneurs are black, which demonstrates that there is a strong divide in the social and equity distribution of available capital resources to support minorities. The goal of the fund is to allow for greater entrepreneurial equality between ethnic groups, while supporting the communities in which the minorities operate.

Adds Constellation President and CEO Bill Newlands, “The conditions that have allowed systemic racism to persist in the U.S. have existed far too long. We categorically denounce bigotry, racism, and social injustice. They are clearly inconsistent with our company values and our commitment to embracing diversity and creating an inclusive environment where all employees feel safe, respected, and valued. We stand in solidarity with the Black community and we are committed to achieving meaningful and lasting change.”

The Focus on Minority Founders initiative will help support business growth and development among minorities by investing in areas such as sales and marketing, operations and financial guidance. Newlands adds, “These businesses serve as the fabric of their respective communities and we must make it more equitable for them to access the capital needed to have a fighting chance at success. In a little over a year, CBV’s Focus on Female Founders initiative has shifted our Ventures portfolio mix from 20% female-owned to 50% female-owned. This reinforces there is a real need for these programs, and they can drive measurable improvement in minority representation for our industry.”

Constellation is also working to achieve greater equality among different ethnic groups by investing in the Equal Justice Initiative (EJI). The organization was founded in 1989 by Bryan Stevenson and advocates for fair and equitable treatment for all individuals in the criminal justice system. Constellation has announced that it will contribute $1 million to EJI so it can bolster its campaigns and be better equipped to fulfill its missions.

The company will also be making internal adjustments to be more proactive in supporting minorities. It explains, “The company is reviewing recruitment, hiring, and talent development practices to ensure African American/Black talent is supported and unconscious bias is addressed at all levels. The company is also evaluating brand engagements and advertising policies to ensure media partners, brand sponsorships, and other activations are aligned to brand and company values. For example, true to its brand ethos of supporting and empowering all women, Kim Crawford has partnered with Black Girl Ventures, a non-profit providing greater access to funding and resources for Black and Brown female entrepreneurs and a stronger pathway for women of color to launch and grow their own business.”