Home / Business / The EU relaxes international travel, but US still out 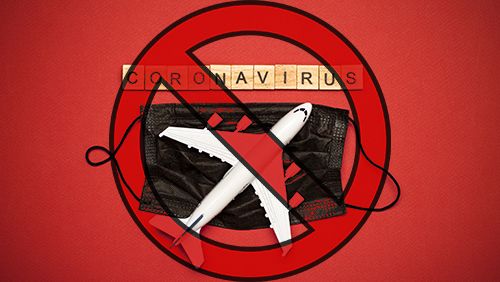 It’s been a cruel few months, especially for travelers looking to make escapes to warmer weather and enjoy some fun in the sun. Fortunately, the European Union (EU) has started to lift some of the travel restrictions that were put in place to prevent the spread of the coronavirus, and there are still two months of summer left. A handful of new countries were removed from a travel ban to EU countries this week, but anyone in the U.S. expecting to take a European vacation shouldn’t start making travel arrangements. The U.S. is still on the no-fly list in the EU.

Forbes reports that, following a four-month lockdown on travel, the EU is ready to open its countries’ borders to more tourists. Residents and citizens of 14 countries, once the final list is approved this week, will be able to book a vacation to Spain’s southern coast or to the French Riviera, including Australia, Canada, Japan, South Korea and more. The restriction will officially be removed as of July 1, which means vacationers only have to wait two more days to hit the European territories. Even individuals coming from places like Algeria, Rwanda and Uruguay are also included.

The U.S., Russia, Turkey, Israel, Saudi Arabia and Brazil are still excluded, however. The U.K. still prohibits travel from the U.S., and that ban may stay in place until the end of the year. This restriction may have played a role in the EU’s decision to keep U.S. travelers at home for a while longer, although it isn’t clear if the ban will stay in place as long as that of the U.K.

EU officials reportedly started reviewing a list of countries to include at the end of last week, and the official list could be published as early as today. There were 54 countries that had been included for discussion before the list was stripped down to just the 14 that are now included. A number of factors may have contributed to the eliminations, not just concerns over a possible return of COVID-19. However, any indication of a possible coronavirus threat will be the leading cause. The EU is creating its list of accepted countries based on their response to COVID-19 and the potential they have for new cases. According to Forbes’ Tamara Thiessen, “The EU plans to first ease travel curbs with countries where the Covid spread corresponds. The WHO Covid dashboard shows Europe on average has 200 new cases a day; the U.S. 5,200; the Western Pacific (Australia, New Zealand, Singapore, Japan etc.) -275; Southeast Asia 184; and Africa 884. So this gives an idea of which countries may get the go-ahead first.”