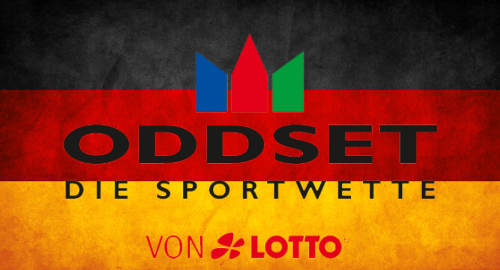 On Friday, Andreas Schmidt, chairman of the Social Democratic Party (SPD) in the state of Sachsen-Anhalt, called for his state to remove itself from the Oddset betting business run by Germany’s state lottery operators following word of an apparent consortium of customers and a single retailer.

Schmidt claimed that Sachsen-Anhalt accounted for four of the top-10 highest-spending users of the Oddset product in 2017-18. Moreover, these four users, whose €3m in total wagers accounted for around 1% of all betting sales during the period, also claimed €300k in winnings, representing nearly half of all winnings by Oddset customers in the state.

The four players included Marie Hebnarova, a lottery retailer in Zerbst, with whom all the suspect wagers were placed. Lottery retailers aren’t supposed to participate in Oddset contests, and Hebranova has since ceased running this Oddset operation.

Outside of this retailer participation, it’s unclear that the quartet’s wagering violated any laws surrounding Oddset’s operations. But the concern appears to be the inherent fairness of the system, much as the 2015 reports that just 1.3% of US daily fantasy sports players were claiming 91% of DFS profits shone an unflattering light on how that system could be legally gamed.

Some state politicians are calling for the state to withdraw from the Oddset market entirely due to it being “highly susceptible to abuse.” Other parties are taking a more measured approach, saying the problem stems from insufficient oversight of Oddset management, not the product itself.

Concerns are also mounting as to whether the quartet’s betting stakes represented illegally obtained funds being laundered through the Oddset system. The state lottery operator is under fire for apparently withholding a third-party money laundering report from a Sachsen-Anhalt parliamentary committee that was tasked with examining suspected irregularities in Oddset operations.

The money laundering report was submitted to Lotto Sachsen-Anhalt in October 2018 but was only turned over to the committee last week. The committee, which is scheduled to meet again on Friday, has summoned both Hebranova and one of her former employees to testify on the shop’s betting activity.

Oddset’s online betting operation is not allowed in Sachsen-Anhalt, but change is coming fast. On July 1, 2021, the new federal gambling treaty is scheduled to take effect, allowing international operators to offer online sports, casino and poker products across the country  on a legal basis for the first time, albeit under significant limitations that operators are still trying to amend.