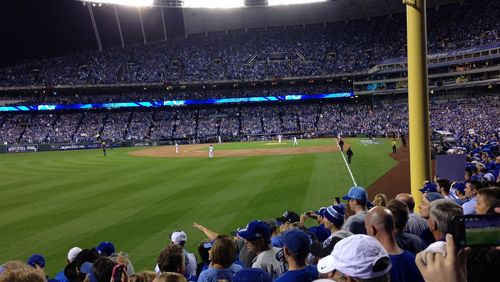 The 2020 Major League Baseball 60-game regular season will begin July 23/24 after commissioner Rob Manfred unilaterally implemented a schedule of his choosing Monday and the MLB Players’ Association signed off on the health and safety protocols Tuesday. Spring training 2.0 will open next week in teams’ own cities.

Frankly, both owners and the union come out of this three-month stalemate looking horrible from a public relations standpoint, but at least there will be some semblance of a season. It would end on September 27 as originally planned and the postseason field would remain at 10 teams.

Owners had hoped for a postseason expansion to 16 teams, but the two sides couldn’t come to an overall agreement so Manfred used his power to set the schedule. AL East teams will play games only inside the division and against NL East opponents. NL Central vs. NL Central and AL Central, etc. This is to help limit travel as much as possible. Teams will play 40 games inside their division and 20 interleague matchups.

By implementing a season, Manfred lost all concessions from the MLBPA. No expanded postseason. No advertising patches on uniforms (to help owners recoup some money from having no fans in the stands). No players wearing microphones during games to help liven up broadcasts.

There will be a universal designated hitter in 2020 simply as that’s part of the health and safety protocols to protect pitchers from injuring themselves on the basepaths, etc. There will also be a runner placed on second base in extra innings to avoid 16-inning marathons with the cramped schedule.

There’s still so much acrimony on both sides – it will be a miracle if there’s a 2022 season with the collective bargaining agreement up in December 2021 – that it’s rather likely some players will simply decide not to play this year. Some essentially would be doing so for free as it is because they already got an advance on their salaries.

One thing that would help lessen baseball’s black eye would be a marquee World Series – assuming the coronavirus allows one – between the New York Yankees and Los Angeles Dodgers for the first time since 1981.

The Yankees and Dodgers are co-favorites at +325 to win the Fall Classic. Los Angeles hasn’t won a title since 1988 and New York hasn’t since 2009. The Houston Astros are +750 to win a second championship in four years and then there’s a big drop-off to the Atlanta Braves at +1500 on those betting futures.