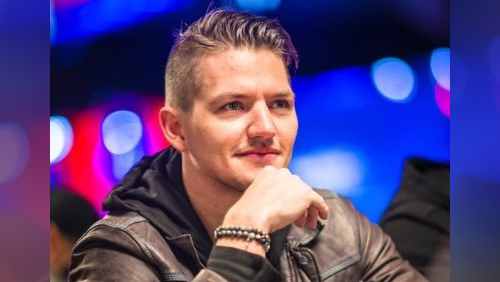 There are ways to command online attention and there are popular poker shows. Then, there is Joey Ingram. After two months away from broadcasting on YouTube, ‘Chicago Joey’ was back with a bang as he returned not only to the popular video-sharing website but also live poker.

Stepping outside in Las Vegas in the midst of a Coronavirus outbreak is one thing but returning to a poker cardroom is quite another. In other states, a number of measures have been taken to prevent the spread of COVID-19, the killer global pandemic which has so far taken around 500,000 lives depending on which figures are correct.

So that makes it all the more incredible to see people prepared to travel to casinos which generally have air conditioning that spreads the same air around a room where people gather and mingle like almost no other enclosed space. If church is said to be only slightly more dangerous, that might be because, to some people, a casino is church.

Not only does Ingram ridicule the notion of playing in a literal bubble, he also compared the plexiglass sections between chairs at the table to looking like “prison”.

It’s a fascinating yet terrifying experience to see Ingram walking around the poker room, as he is cut off and overtaken by players wearing nothing between their breathing methods and his. It’s almost as if a whole section of society who refuse to accept the dangers of a scientifically-proven deadly virus all agreed to gather in a confined space in order to spread Coronavirus as quickly as they can.

Actually, that’s exactly what it is.

Ingram’s returning video after two months is mostly more of the same, although there’s some promos for PokerGO and partypoker, so there was definitely space for some catch-up headlines and a gloss over Mike Postle in the 12-minute video.

If anything, Ingram has short-cut to releasing a video, sitting down in a cash game for who knows how long. It’s interesting just because it’s Joey Ingram, but there’s a distinct lack of the investigative edge that won him two Global Poker Awards at the start of March.

Ingram’s attitude to COVID-19 seems to be that “losing his mind at home” might be worth risking his life, and there’s a distinct lack of care for the fact that a LOT of people have died from the virus. Ingram states that he is ready to take a gamble and doesn’t care about when or whether he dies, but it’s possible that much of his chat is, at this point, here for the video itself.

While it’s good to see him back making videos, the idea of playing live poker in Las Vegas, a huge deal in real terms with the genuine risk it presents, was largely glossed over. There’s little of the passion that we saw genuinely envelope Chicago Joey during the Postle case. All of which could lead the casual observer to wonder if he really cared about that, or if it was all about the likes and subscribes.

Let’s hope, a little like the chance of live poker coming back in full while people are still dying in their thousands, that is not the case. While the poker world undoubtedly misses live poker like it does a great Joey Ingram video, just like sports in empty stadiums, the return isn’t quite the same as what we missed.