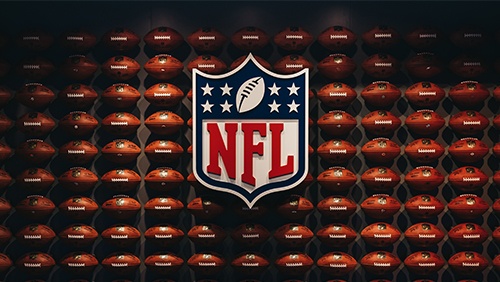 With the NFL return just three months away, the possibility of a late trade will be one that many sides are considering. Just as Colin Kaepernick’s anticipated return to an NFL club would excite fans, so too would any new signing brought in by a host of American Football teams.

Here are seven that might very well happen before the kick-off, as well as the current split prices on how many wins those sides will record in the regular season, provided courtesy of OddsShark.com.

The first trade on anyone’s lips at the moment in the NFL is Jamal Adams, who is rumoured to want out of the New York Jets. It’s hard to see anyone other than the Dallas Cowboys acquiring Adams, and with the Cowboys at -155 to get over 9.5 wins, their strength to win their division would be obvious.

While Thuney has remained with the New England Patriots, it was clear earlier in the summer that a sale of the prodigious talent was on the cards. We could see Thuney making the switch to the Philly Eagles, with the 9.5 win margin their current split. At -125, that might represent value if they could get Thuney in the door.

The Seattle Seahawks look the ideal destination for want-away Ngakoue, whose defensive record would seriously impact on the Jags and improve the Hawks chances in the forthcoming season immeasurably. The odds of them recording nine wins or more in the regular season are currently -140 and with the addition of Ngakoue, we’d say that’s a steal.

Former second round NFL Draft pick Samuel hasn’t enjoyed the best time at the Carolina Panthers, but with the San Francisco 49ers in need of back-up having lost Richie James and Deebo Samuel, they may well look to improve their chances of exceeding 10.5 wins, currently available at -125. Although Samuel would be a good acquisition, we’d probably still swerve this bet, with 11 wins in any NFL season tough for any injury-hit tea to achieve.

The Green Bay Packers didn’t enjoy what observers might call the perfect NFL Draft, losing out as almost everyone saw it. So if they were to grab Houston Texans’ Kenny Stills, then their wide receiving issues might be lessened. The Packers are -125 to get nine wins in the 2020 NFL season. It’s not an understatement to say that the value of that bet might hinge on Stills arrival.

With the Green Bay Packers looking to Randall Cobb in the receiving position, could time be up for James Jones? If Donald Driver comes back to Green Bay, then it might be all over for Jones, with Cleveland his likeliest destination. Cleveland are currently -135 to get over 8.5 wins already, and with Jones on board, their strength in depth would improve greatly.

In a team such as the Indianapolis Colts, where older members of the roster have been moved on, Freeney must feel like the last veteran ready to leave with his bags already packed. Presuming that the Colts do move him on, he would maybe head to Detroit Lions, and would certainly help the -130 on offer for them to exceed 6.5 victories in the regular season look more attractive a sportsbetting prospect.

Whichever NFL teams make vital trades in the coming weeks, the 2020 NFL regular season is going to be irregular in the extreme, with the restrictions on crowds in some states likely to confuse any fans if there’s no blanket rule applied across the United States. Suddenly that possible trade can look vital and we’ll be sure to bring you the latest scoop as the betting markets are affected her on Calvin Ayre.