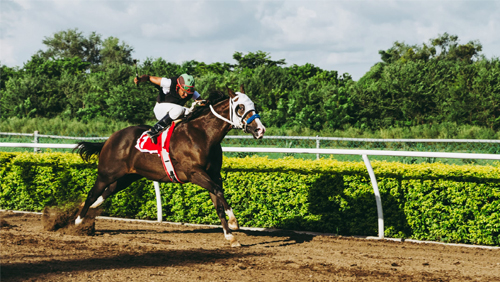 In a normal thoroughbred racing season in the United States, the Triple Crown schedule is as such: Kentucky Derby at Churchill Downs the first Saturday of May, the Preakness Stakes at Pimlico two weeks after that, and the Belmont Stakes at Belmont Park three weeks after the Preakness. The reason it’s so rare for a three-year-old horse to win the Triple Crown is they aren’t used to racing three times in five weeks, plus the Belmont is the longest of the three at 1½ miles.

However, the coronavirus pandemic has changed horse racing just like every other sport in the world. For the first time ever, the Belmont Stakes will be the first race of the Triple Crown instead of the last as it will be staged this Saturday from Belmont Park in New York. It also will be run at 1 1/8 miles for the first time since 1984. Race officials didn’t want horses running at that longer length without the proper training, etc.

Unfortunately, the 10-horse field for the Belmont has been watered down quite a bit as three of the original betting favorites, Charlatan, Nadal and Maxfield, all will miss the race. Charlatan and Nadal are both trained by Hall of Famer Bob Baffert. Nadal, unfortunately, had to be retired due to injury. When that news broke, tennis fans freaked out because they thought it was Rafael Nadal retiring.

Charlatan has an ankle issue and will miss the Belmont and the September 5 Kentucky Derby but might be ready for the October 3 Preakness. Maxfield, meanwhile, was to skip the Belmont for the July 11 Blue Grass Stakes but then was diagnosed with his own injury and will miss the rest of this year.

Thus, the clear favorite at -135 to win the Belmont Stakes – and he might have been favored regardless, but not at that incredibly short price – is Tiz The Law. The colt, trained by Barclay Tagg and ridden by Manny Franco, has four wins in five career starts and comes off an impressive 4 ¼-length victory in the Grade I Florida Derby in late March. Neither Tagg nor Franco has won the Belmont Stakes. Tiz the Law starts from Post 8.