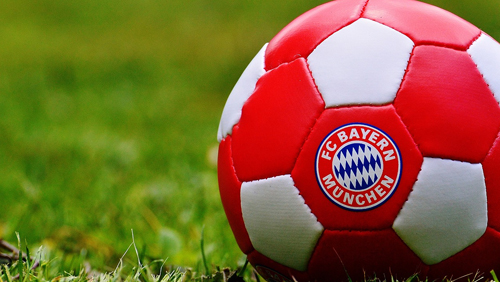 Bayern Munich once again flexed their muscles to claim an eighth successive Bundesliga crown, thanks to a 1-0 win over Werder Bremen. No team in the history of the Bundesliga has ever won eight consecutive titles, with the win making it Bayern’s 29th overall title.

The German league champions were largely untroubled for the majority of the match, despite Canadian star Alphonse Davis being sent off in the 79th minute. Bayern came under some pressure in the second half, down to 10-men keeper Manuel Neuer was the hero. The German keeper made some stunning saves to keep his side on course for the title.

BREAKING: Bayern Munich have won their eighth successive Bundesliga title after a 1-0 win over Werder Bremen.

Bayern haven’t dropped a point in the league since February, with the 1-0 win giving them a 10-point buffer over their nearest rivals Borussia Dortmund.

The season hasn’t been smooth sailing for the Bavarian side, with coach Niko Kovac fired in November and Hansi Flick stepping in. Bayern rallied after the winter break, winning 11 successive matches in the league.

Bundesliga Champions 2020! Despite the difficult conditions in the last weeks we can celebrate the eighth German Championship in a row. Congrats to the team and all members of @FCBayern! These times show the great cohesion of this club and I'm proud of being a part of it 🏆🔴⚪ pic.twitter.com/kRO4xX7rQ3

A 1-0 over rivals Dortmund in May put the Bavarians on course for the title against Werder Bremen. In difficult conditions at the Rekordmeister, it took a 43rd-minute strike from Robert Lewandowski to break the deadlock.

Lewandowski’s 31 goal tally equals the goal scoring record of a foreign player in the league, and ensures that he will be in the conversation for the 2020 Ballon d’Or.

Having secured their eighth consecutive league title, the Bavarian side’s focus will now shift to resuming the Champions League and a domestic double against Leverkusen in the DFB-Pokal final.

Bayern are set to complete their Champions League campaign against Chelsea in August. UEFA have announced that the remainder of the knockout stages will be completed in a single-leg format, with the quarter-finals, semi finals and final to be held in Lisbon.

Having convincingly beaten Chelsea 3-0 in the opening leg of their tie back in February, Bayern are well placed to challenge for European honours in August.