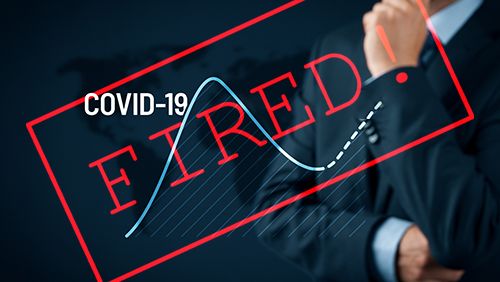 Cricket Australia CEO Kevin Roberts has been forced out of his role in the wake of his mismanagement of the COVID-19 crisis. Roberts was forced to resign by the Cricket Australia board after a tumultuous 18-month reign that included a $27.5 million budget cut. The board moved to appoint T20 World Cup boss Nick Hockley interim chairman. The move comes at a critical time for the sport who will be expected to postpone the ICC T20 World Cup.

The COVID-19 pandemic has brutally exposed the shortcomings of some of Australia’s biggest sporting organisations. Roberts joins former Rugby League CEO Todd Greenberg and Rugby Australia CEO Raelene Castle on the list of sports bosses who have been dumped in the last two months.

Roberts didn’t begrudge the circumstances of his departure, praising the organisation in a statement.

“It’s been a privilege to lead and serve the sport I love as CEO of Cricket Australia. Our team of staff and players are outstanding people who contribute so much to the game and I’m proud of what we’ve achieved together.”

The sport has been rocked the COVID-19 crisis with international teams only recently set to return to the field with strict guidelines in place. In an effort to prevent the spread of the virus, players will be banned from applying salvia to the ball, in a bid to gain swing. Instead, the fielding side will be allowed to use wax to polish the ball. Like other major sports, international series will commence in front of empty stadiums.

On top of Roberts’ departure, the Cricket Australia Board announced 40 high profile redundancies across the organisation. The national men’s team have been forced into sacking their batting coach Graeme Hick, as well as their team physio, leaving other members to step in on a part-time basis.

The scale of the cuts took the Australian sporting world by surprise, with Cricket Australia signing an $826 million television rights deal in 2018