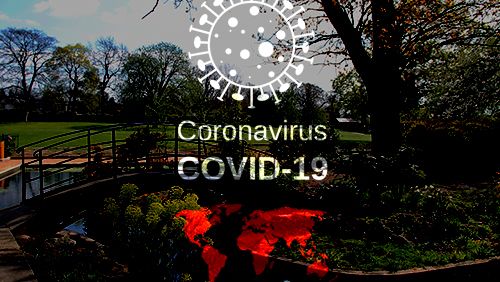 After having been forced to remain locked away for so long because of COVID-19, getting out of the house and exploring will be a nice change of pace. There’s no better place to do it, either, than the myriad of national parks across the U.S. There are plenty of options, including the Grand Canyon, The Blue Ridge Parkway and Yellowstone, and a recent study shows how visiting them isn’t just good for the personal experience – it’s also good for the economy.

The U.S National Park Service (NPS), which manages the parks across the country, recently published a study that was led by economists Catherine Cullinane Thomas of the U.S. Geological Survey and Lynne Koontz of the NPS. Park visitation was found to contribute $21 billion in direct spending to the communities located within 60 miles of the parks. That revenue is responsible for the support of 340,500 jobs, of which 75% are located in those communities. The total benefit to the U.S economy attributed to the network of parks reaches $41.7 billion.

Yellowstone saw four million visitors last year. They spent a total of $507 million in the surrounding communities, which provided the basis for around 7,000 local jobs and helped the local economies generate $642 million. Cam Sholly, the park’s superintendent, asserts, “The positive economic impacts of Yellowstone are essential to economies of Wyoming, Montana, and Idaho. It is important that we continue working with our state and local partners to balance the many benefits of tourism with our continued efforts to protect the world-class resources within the park.”

Hotels and other forms of accommodations saw the biggest chunk, at $7.1 billion, last year. Restaurants did well, with a total of $4.2 billion in economic output recorded. Fuel for travelers came in at $2.16 billion and retail spending closed at around $1.93 billion. Putting those figures into perspective, hotels and other forms of lodging were able to employ 58,000 people, restaurants gave jobs to over 61,000, retail activity employed 20,000 individuals and other forms of recreation brought on 28,000 workers.

For those that want to keep track of activity at the parks, there is an interactive tool on the NPS website that allows viewers to follow all the different aspects. It’s found on the organization’s Social Science Program page, and provides data on visitation, spending, jobs, output and more from a national to a local level. Taking in the natural scenery at a national park isn’t just good for the body and mind, but it is also providing a much-needed resource to the economy.

Economies come back to life, but don’t get too optimistic
Rafi Farber
26 May 2020

Preparing for a no deal Brexit
Rafi Farber
13 August 2019