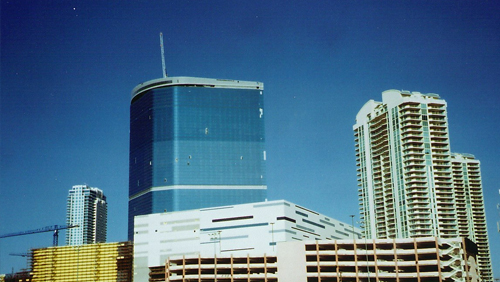 The Drew Las Vegas was going to give a huge boost to the city’s economy, starting with the number of jobs it would supply while being built. The casino, a revival of the once-popular Fontainebleau, would cost $3.1 billion to renovate and refurbish, and would be one of several projects along the Las Vegas skyline that are keeping the local economy engine moving. However, it was revealed at the beginning of the month that the project’s developer, the Witkoff Group, may have bitten off a little more than it could chew and could now be in a financial freefall that is forcing the project to a grinding halt. It had apparently defaulted on a $2-billion loan and, making the outlook even more bleak, has also left contractors high and dry. Several have now filed complaints to try to recover $36 million in total losses.

The Las Vegas Review-Journal (LVRJ) reported on the missing money, explaining that the lead contractor on The Drew’s construction, led by AECOM Hunt and Penta Building Group, has filed a complaint in Clark County, explaining that it is owed $18 million from the Witkoff Group. The contractor, which had previously helped build T-Mobile Arena in Las Vegas, had initially put its losses at $29.4 million before it lowered the figure.

In addition, an architecture firm brought in to assist with the project’s development, Bergman Walls & Associates, has submitted a request to put a lien on the property for $12.5 million. Other contractors that have been involved, some much smaller companies without deep pockets, have joined in, as well, complaining that they haven’t been paid their outstanding bills, either.

At the beginning of this month, five months after the Witkoff Group’s chairman and CEO, Steve Witkoff, confidently told regulators in Nevada that money was coming, the project was unexpectedly stopped. The company had not been able to make good on a payment worth $490 million to South Korean investors, and the future of The Drew was immediately put in doubt. The company, however, has not yet come forward to publicly affirm or refute the assertion that the project will not move forward.

The LVRJ tried to get the Witkoff Group’s side of the story, but it’s keeping its lips sealed. The news outlet indicates that, when it asked for comment, the company only regurgitated the same statement it made at the beginning of the month when the news first broke. That statement reads, This is an unprecedented time, and unfortunately, one that affects all hotels, casinos, and construction projects globally. We remain committed to the project and are actively working with our partners and lenders. We are confident that we will be successful in completing the Drew Las Vegas.”

At this point, everyone can only guess what will happen. In hindsight, though, it probably would have made more sense to have completely secured the financing before getting the project underway. That would have saved a lot of embarrassment and kept a number of companies from scrambling to cover their employees.