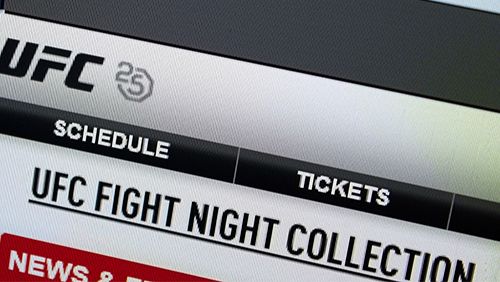 For the third Saturday in a row, the UFC will stage a Fight Night card from its Apex facility in Las Vegas with no fans in attendance, and this week’s card is headlined by a heavyweight bout between American Curtis Blaydes and Russia’s Alexander Volkov. The card will have some big shoes to fill, so to speak, after this past Saturday’s was the first in organization history in which each of the first three fights ended within a minute.

Of course, Stipe Miocic is the heavyweight champion and Daniel Cormier the No. 1 contender – their trilogy fight has been set for UFC 252 in August. It’s quite possible that both retire after that bout; Cormier has flat-out said he will and Miocic has hinted at it. Thus, the winner of Saturday’s bout could be in line for a title shot early next year – especially if it’s Blaydes.

Volkov (31-7), 31, is a big guy at 6-foot-7 – hence his terrific nickname of “Drago” from the movie “Rocky IV” and the Russian villain Ivan Drago. The seventh-ranked Volkov, a +275 underdog, beat former NFL star Greg Hardy via unanimous decision in his most recent visit to the Octagon in November 2019. Volkov hasn’t fought quite the level of competition that Blaydes has but does have notable wins over the likes of Fabricio Werdum, Stefan Struve and Roy Nelson.

At women’s bantamweight, sixth-ranked Raquel Pennington (10-8) takes on unranked Marion Reneau (9-5-1). “Rocky” Pennington is a -145 favorite despite having dropped three of her past four bouts. Those loses were to three of the best women’s fighters alive in Holly Holm, Germaine de Randamie and pound-for-pound queen Amanda Nunes. “The Belizean Bruiser” Reneau enters off losses to Yana Kunitskaya and Cat Zingano. Reneau is a +115 underdog Saturday.