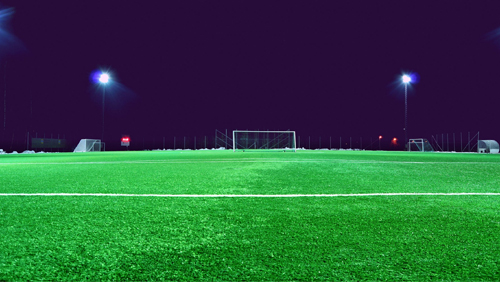 After a busy weekend, Barcelona, Juventus and Bayern Munich were all celebrating progress that put them closer to lifting silverware at the close of this current delayed European football season.

Lionel Messi was once again the architect as Barcelona took another confident stride towards winning La Liga. The Catalans, two points clear before this match began, won 4-0 away at Mallorca to move five clear with just 10 games for them to play.

Barce led from the second minute when Arturo Vidal headed them into an early advantage. Before half-time, that lead was doubled as former Middlesbrough striker, the Danish player Martin Braithwaite, who struck home with aplomb from a Messi header across goal.

In the second half, Luis Suarez came off the bench for the 33-year-old to make his first appearance in Barcelona colours – a rather odd aquamarine in this case – since January. It was Jordi Alba who score Barce’s third goal, however, netting with ten to play, and deep into injury time, Messi turned goalscorer as he scored via a deflection to seal his 12th season in a row for hitting 20 league goals. Now that’s impressive.

Not to be outdone by his great rival, Cristiano Ronaldo had already helped The Old Lady reach the Coppa Italia final the night before, although the result owed more to defensive solidarity than to attacking flair.

Ronaldo had, of course, scored what turned out to be the tie-deciding goal in the first leg, netting a penalty in injury time to give his side a lead on away goals that would eventually hold out right through this second leg. He did, however, have an opportunity to put his side through to the final courtesy of an outright aggregate win, and again from the penalty spot. His spot-kick slid too far to the left, however, and bounced back off the post.

In the seconds that followed, a scrambled clearance by the Rossoneri then saw striker Ante Rebic sent off for a high challenge. The ensuing stalemate saw Juventus and A.C. Milan, along with Inter Milan and Napoli on Saturday night in a 1-1 draw, both fail to find a winner in 90 minutes, just as we said they would in our midweek European Football Sportsbetting Preview. Talk about good value.

Bayern Munich on the brink of 10th consecutive Bundesliga title

It wasn’t as plain sailing as it may have looked from the scoreboard at the Allianz Arena in Munich as Bayern overcame a banana skin and bagged all three points to put them within one league win of claiming their 10th Bundesliga in a row.

Bayern were under pressure from the kick-off as Borussia Monchengladbach, themselves with a Champions League place to fight for, came flying out of the traps. Gladbach missed a host of chances and were made to pay in bizarre fashion as keeper Yann Sommer went for an across-goal clearance to a team-mate when he must now be wishing he’d booted the ball down field. Instead of it reaching his defender, it met the boot of a gleeful Joshua Zirkzee, the teenager slotting into an empty net to give Bayern an undeserved lead.

Undeterred, Gladbach regained their match composure, and levelled after 37 minutes through equally fortuitous means, Benjamin Pavard putting into his own net by blocking a cross bound for a far-post tap-in with the wrong foot. Neuer had no chance, but suddenly Gladbach did.

In the second half, Gladbach again went close but found Bayern’s veteran keeper in fine form, and when Pavard pushed for the byline out of a desire to atone for his earlier error, his fine cutback did just that as Leon Goretzka scored yet again following the lockdown to almost seal the Bundesliga title for the Bavarians. If Bayern Munich win against Werder Bremen midweek, then they will be champions. Even if they don’t, they require just one win from the remaining three games to be confirmed as champions.

With a goal difference that is 14 goals better than Dortmund’s, in reality, two draws would be enough.