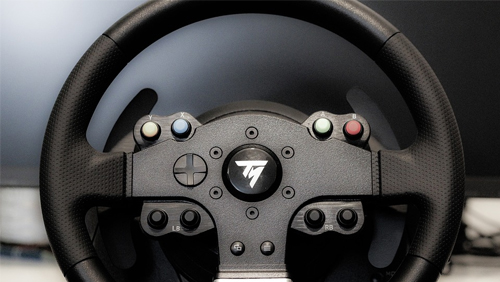 Often the greatest success of a business is how quickly it evolves to incorporate new technology, attract new supporters and if it’s selling a product, how revolutionary yet popular each new iteration is. It’s no good coming up with a great idea for right now and hoping that it will always be popular. Tastes evolve and times change.

It’s a very good thing therefore that the racing games industry, which enjoyed such diverse success in the pre-eSports era, with games such as Grand Theft Auto, Driver, Need for Speed and Forza Horizon is looking to advance again.

The Sim Racing games of today include many of the titles and studios that have always been popular. iRacing has been around since 2008, rFactor 2 since 2013 and Rocket League continues to be an eSport that attracts enough attention to warrant sportsbetting. Codemasters, once the go-to gaming company for anything involving the merest hint of a chequered flag – or chequered tablecloth if you were a fan of Micro Machines – are the big name who continue to develop the official Formula 1 game.

It’ll come as good news, then, to discover that a new partnership between Gfinity and the Abu Dhabi Motorsport Management has been announced which will see the two brands join forces with a five-year deal for a new Esports Racing Championship (ERC) that will launch soon.

Both Gfinity and Abu Dhabi Motorsport Management are highly trusted names in the industry, so their promise that a new ‘unique format’ will be introduced as part of the format is exciting news, too. Anything that pushes the sport forward is good news.

The format will see two seasons take place during each calendar year, with the inaugural season not yet announced in detail. In a statement, Al Tareq Al Ameri, the CEO of Abu Dhabi Motorsport Management, said:

“ADMM has a strategic focus to develop and invest in premium racing ventures and virtual racing is an important pillar in this vision. The Esports Racing Championship will welcome the very best teams and drivers from around the world to compete on a global stage at the highest level. Gfinity is the right partner for this championship with a shared passion and vision and has proven experience of executing world class esports programmes. We look forward to sharing more information about this and other esports initiatives that ADMM and Gfinity will be creating together.”

Gfinity themselves have the hosting rights to the Formula1 Esports Series until 2022 and have also hosted the Forza Racing Championship and have maintained that status for the last two years. Their CEO, John Clarke said that he was looking forward to partnering with the ADMM in a similar statement:

“Motorsports is a key pillar of our strategy and we are excited to be entering into a long-term partnership with Abu Dhabi Motorsport Management. We have a shared passion for the Esports Racing Championship and a desire to build a product that will sit alongside the biggest brands in motorsport. There are millions of gamers that love racing. We have created a format that will excite and draw them into the ERC, giving sponsors and advertisers the opportunity to engage with this typically hard to reach audience.”

With the F1 and related Esports markets open for each stop on the circuit, betting money is now coming in for an industry that has previously felt like it had an obvious need for growth. It could be that the betting markets, which have been used in recent weeks to bet on events such as this weekend’s Virtual Grand Prix, which featured celebrity players from the world of football including Real Madrid goalkeeper Thibaut Courtois, A.C. Milan shot-stopper Gianluigi Donnarumma and Manchester City centre-back Aymeric Laporte.