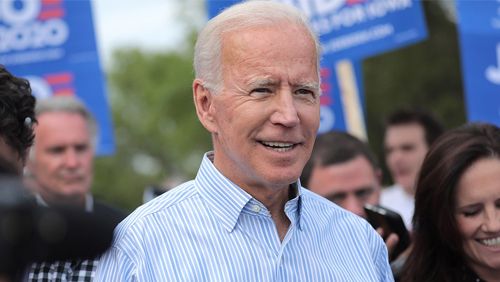 For the first time, Democratic Presidential nominee Joe Biden has been installed as the bookie’s favourite in the upcoming Presidential election. As U.S. President Donald Trump deals with the political fallout from the ongoing unrest across the United States, Biden has edged ahead in the betting markets.

According to Bodog, Biden shortened to -110 to edge out a narrow lead over Donald Trump. The former Vice President’s strategy of avoiding the limelight has helped, with Trump failing to contain the widespread protests across the country.

For the first time at Bovada since March, Joe Biden (-110) is the betting favorite over Donald Trump (EVEN) to win the 2020 US Presidential Election.

Biden has been vocal in his response to the ongoing crisis in the U.S.

“Look, the presidency is a big job. Nobody will get everything right. And I won’t either. But I promise you this. I won’t traffic in fear and division, I won’t fan the flames of hate. I will seek to heal the racial wounds that have long plagued this country — not use them for political gain.”

Trump has had a rough week, failing to impress conservative voters with his approach to unrest in Minneapolis. Trump’s war with Twitter has seen his odds in the betting market dip to Even.

Oddschecker spokesman commented on the reasons behind the shift in the market odds. “Criticism of the president has been rife over the past two months in relation to his response to the Covid-19 pandemic, and events this week have polarised the US still further.”

There’s still plenty of time for Trump to bounce back, with the U.S. Presidential election scheduled for November. Trump is still a long way from blowing his chances for re-election, but another poor news cycle will see him drift further in the betting markets.

Recent polling in Florida and Utah, has Biden narrowly ahead in the sunshine state and narrowly trailing in Utah. Swings in other key states will begin to play on the mind of the GOP as we edge closer to November.

US Presidential Election 2020 – Odds To Win