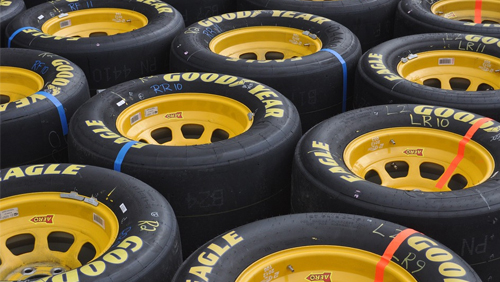 The NASCAR Cup Series makes its only visit of the season to Atlanta on Sunday for the Folds of Honor QuikTrip 500. Atlanta Motor Speedway, which opened in 1960, is 1.54 miles in length so the race will be 325 laps. There will be no qualifying or fans in attendance. This was originally scheduled for March 15 but postponed due to the coronavirus pandemic. The Folds of Honor QuikTrip 500 will be the first professional event in Georgia since the pandemic began.

Assuming seven-time points champion Jimmie Johnson follows through on his plans to retire after this season – more than a few drivers have changed their minds in that regard – then this will be JJ’s last trip to Atlanta. Notable because his four wins (2004, 2007, 2015-2016) are tied with Richard Petty, Dale Earnhardt and Bobby Labonte for the most in this event. Johnson also won another race in Atlanta when it hosted two per year. His average finish at the track overall is 12.0, which is fourth-best among active drivers. Johnson is +1100 to win again Sunday.

Kevin Harvick also has had plenty of success in Atlanta with eight Top-5 finishes and two victories in 29 total starts. He dominated this race in 2017 in leading 292 of the 325 laps but a late penalty for going too fast exiting pit row sent him to the back of the field. Harvick would win the next year and is the +450 favorite for Sunday.

Brad Keselowski was the beneficiary of Harvick’s penalty in 2017 in winning the race and then he did again last year despite starting 19th. Keselowski rallied from a slow pit stop on lap 126 when the jack broke and led the final 33 laps as a Ford won for the third year in a row. Keselowski is +800 to repeat.

Chase Elliott, who won last Thursday’s Alsco Uniforms 500 race in Charlotte, has the best average finish among active drivers of 10.5 in four career trips to Atlanta despite not leading a single lap. He has yet to win and is +600.