Home / Casino / Mississippi casinos are back in action, but COVID-19 lingers 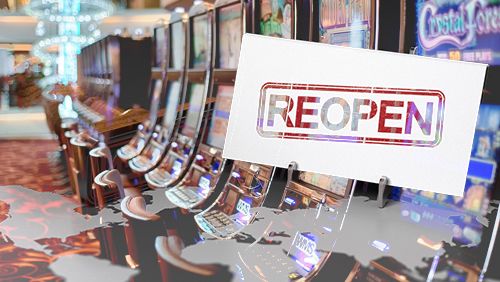 Just as expected, casinos in Mississippi began to open their doors on May 21. It was a win-win-win for everyone. Casino operators could start making money again, the state and local governments could start seeing gambling revenue again and, most importantly, it was a signal that things were beginning to returning to normal after the coronavirus pandemic forced almost everyone to stop in their tracks. It goes without saying that the rebuilding process is going to take a long time and the fact that Mississippi’s casino market was reopened to just 50% of its normal capacity will make the recovery move slowly, but the results have been overwhelming so far. However, it would seem that it might be premature to think things are back to normal, as at least one casino in the state has seen a new coronavirus case among its workforce.

After reopening their doors on May 21, casinos saw a huge turnout during the highly-anticipated Memorial Day extended weekend. According to the Mississippi Gaming Commission, the state’s casinos took in $28.9 million in gross gaming revenue over the period. What makes this even more substantial is the revelation that the figure is $5 million more than what the casinos reported during the same period last year, despite only half of the gambling venues being operational. That’s a clear sign that there has been ample disposable income gamblers have been squirreling away, which should help the economy bounce back relatively quickly. Among the properties that were closed during the long weekend was the Beau Rivage, one of Mississippi’s largest casino. It just reopened its doors this past Monday.

However, it might still be a little early to begin any type of celebration. According to the latest figures, there has been an increase in the number of coronavirus cases in the state – not a decrease as some would have preferred to see. For example, in Warren County, there was an average of 5.2 new cases each day from May 29 – June 4. Yesterday, the Mississippi State Department of Health announced that the county had seen five new cases in the previous 24-hour period. The state’s number of active cases now stands at 48, the highest it had been in about two weeks. Warren County is home to several casinos, including Lady Luck, the Riverwalk Casino and Hotel, Waterview and more.

The Riverwalk was one of the locations that contributed to the increase after an employee had tested positive for the coronavirus, according to Magnolia State Live. Ginny Tzotzolas, the property’s GM, sent an announcement to all personnel, explaining, “We have learned that one of your fellow Team Members has tested positive for the novel coronavirus COVID-19. The Team Member last worked on May 25 and frequently worked on the casino floor.”

She added, “We cannot identify the Team Member who tested positive for the virus because of privacy laws. However, our discussions with this Team Member indicate that the Team Member did not work in close contact (defined by the CDC as being within 6 feet of another person for around 10-30 minutes or more) with any other Team Member in the two days before developing symptoms. We will coordinate with the health department to conduct contact tracing as required.”

While this doesn’t mean that Mississippi is about to have a COVID-19 relapse, it is certainly enough to raise a couple of flags and require people to remain acutely aware of their actions. It will also continue to keep the state’s health department busy for a lot longer.