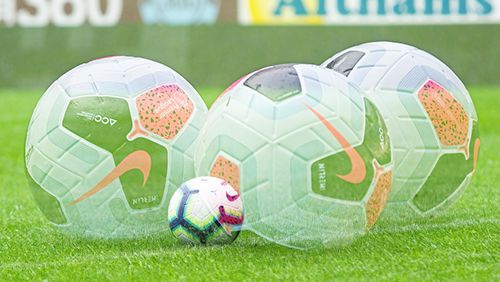 It’s looking ever more likely that the Gabonese striker Pierre-Emerick Aubameyang will be leaving The Emirates this coming summer, with less than a year remaining on his contract come the close of the current 2019/20 season.

If he is to depart North London, Aubameyang, who was joint-top goalscorer last year and is many people’s tip to win the Golden Boot outright this year at 3/1 would be hot property at any price. With Arsenal declaring that it would take the astonishingly low sum of just £20m to prize their top scorer away, clubs such as Real Madrid (5/1), Manchester United (6/1) and even Liverpool (20/1) are keeping their chequebooks at the ready. A cut-price move with almost no drawback? Prepare for his departure.

Still just 21 years old, it’s been reported as far back as March this year that Frank Lampard is determined to sign Declan Rice for Chelsea, with the £75 million price-tag not putting off Russian oligarch owner Roman Abramovich for a second.

Rice, who looks set to become a staple in the England team, is, of course, fighting relegation with West Ham United, the club Lampard himself played for before he made the switch from East London to West London and became a Chelsea legend.

Box-to-box midfielder Rice is currently a 5/6 favourite to join Chelsea, with Manchester United second favourites at a far lengthier 4/1. Manchester City are 8/1 to stump up the cash, with Arsenal, perhaps the club who need him the most, a distant 12/1.

Brazilian wing-forward Willian is an interesting case for a summer transfer, because by the end of the 2019/20, he won’t have a transfer at all, simply opting to run down his Chelsea contract in pursuit of a big money move and one last big contract in his career.

The 31 year-old, who turns 32 on August 9th, has made 226 appearances for Chelsea, scoring 33 goals. He might, however, have never played for them if then-manager Jose Mourinho didn’t hijack the original transfer Willian had agreed on, which was to Tottenham.

Today, of course, Mourinho is Spurs manager himself, leading the market to suggest that a reunion between player and manager might eventually see Willian finally pull on the Lilywhite shirt. The odds of William moving to North London’s finest over the last few years, Tottenham Hotspur, are 11/5, strangely lengthier than the 13/8 offered for the Brazilian to stay at Chelsea or sign no contract at all. Barcelona, once the purported odds-on favourites for his signature are now a much longer 6/1. Newcastle United, ripe for a lucrative takeover, as perhaps over-priced at 25/1.

While it’s difficult to see Harry Kane in a shirt other than the white he wears for both Tottenham Hotspur and England, rumour has it that a deal could still happen.

The odds-on move is for Kane to go nowhere, with England’s number nine 4/6 to stay at White Hart Lane. Manchester United, who account for around 70% of the bets put on this week in terms of Premier League clubs, are a best price of 3/1 to sign the striker, while Real Madrid – who play in white, let’s not forget – best odds of 7/1 to grab the goal-getter.

With Gareth Bale having done so well yet been so pilloried during his time at the Bernabeu, Kane might opt to stay in the Premier League and fulfil the dream of overtaking Alan Shearer’s haul of 260 league goals. Manchester City are a great price at 14/1 to snap him up, especially if Sergio Aguero refuses to play during any extended Coronavirus lockdown.

Aston Villa midfielder Jack Grealish has declared himself fit and asked for forgiveness over his lockdown breach in recent days, meaning one of two things: the young man is determined to become Aston Villa’s relegation-preventing hero or he’s going to put himself in the shop window across ten games in six weeks.

Favourites to sign Grealish are – you’ve guessed it – Manchester United at 4/6 in some parts (though the move is available at 6/4 via 888Sport if you’re quick). Leicester City are surprise suitors at 4/1, while RB Leipzig are perhaps even more of an outside shot than their 9/1 odds suggest. We like the 25/1 odds that Liverpool sign the Brummie-born wing wizard, as those odds will surely be slashed should Real Madrid sign Sadio Mane, itself an 11/4 shot.

Who’ll switch sides during one of the busiest – and potentially shortest – transfer windows in English Premier League history? We can’t wait to find out and there are five bets to follow below that offer you the best sweat of the summer outside of building a barbecue.