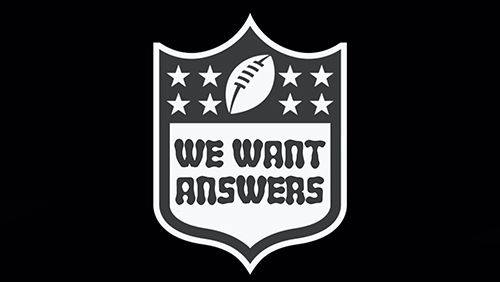 It’s been a week in America that has seen the racial divisions threatening to tear the country apart spill over not just from the White House into the streets, but to the football field, too.

With anger, frustration and an overwhelming sense of injustice consuming many American citizens, the ‘Justice for George Floyd’ movement has seen the hashtag #BlackLivesMatter become an automatic trending topic again.

With the resumption of discussions around race in sport, many have called not only for the violence to end, but for voices within the black community to be listened to more, such as Colin Kaeprnick. Earlier this week, a call for the Minnesota Vikings to sign Kapernick and end his three-year ostracism from the sport he loves was made by former NFL executive Joe Lockhart.

“What actual steps are you taking to support the fight for justice and system reform?” he asks on social media platform Twitter. “Your statement said nothing. Your league is built on black athletes. Vague answers do nothing. Let the players know what you’re ACTUALLY doing. And we know what silence means.”

Strong words from Kendricks, but according to some in the industry, racism and discrimination aren’t issues the NFL faces. Denver Broncos head coach Vic Fangio spoke on Tuesday about the current crisis being experienced in the United States, and was reported on CNN as saying, “I think our problems in the NFL along those lines are minimal. We’re a league of meritocracy, you earn what you get, you get what you earn. I don’t see racism at all in the NFL. I don’t see discrimination in the NFL.”

Those words are likely to anger many who point to a distinct lack of representation by BAME professionals in a sport often dominated by the achievements of ethnic minorities. With many of the game’s greatest players having been black, observers point to just 12.5% of the current NFL team’s managers being non-white. Five coaches were required at the start of the current season, with Hispanic head coach Ron Rivera the only non-white hire by the Washington Redskins.

The ‘Rooney Rule’ states that non-white applicants must be considered for employment, but with just two General Managers of the NFL clubs non-white, is enough to being done to give the right person for the job that role, rather than interviewing BAME candidates by way of ticking boxes? With a star-studded history of black NFL players alone, why aren’t more black athletes who star in the game itself allowed to remain in the framework of the NFL, strengthening the core promises of equality that the Rooney Rule is supposed to preserve?

With Colin Kaepernick helping BAME protestors know their legal rights, and stars of the game such as Eric Kendricks speaking out against inaction, how long can it be before more is done by the powers that be to change the future of the NFL, and match it to a glorious history so often stared in by black and ethnic minority players?

Justice? The NFL will need to look at itself over the coming months to put new steps into practice and make the return of the game itself in the Autumn a cause for celebration rather than simply another area in which debate is so desperately needed but seldom listened to.