Home / Business / Sportradar gets behind the World Snooker’s Championship League 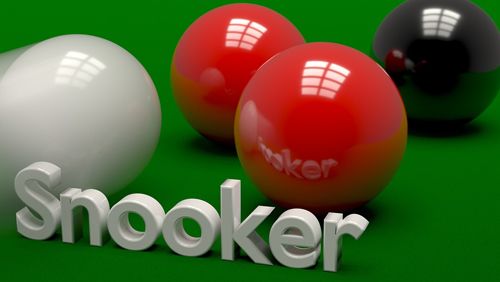 Sportradar’s team is working in overdrive. It seems like the sports content provider enters into new data deals on almost a daily basis, which is good news for sports gambling fans. Its latest endeavor comes by way of the World Snooker’s Championship League, for which the Sweden-based company will be offering pre-match, live odds and live data for the ongoing tournament series. This has been made possible thanks to an ongoing partnership between the two entities, but takes things to a whole new level by giving snooker fans more ways to interact with the competitions.

The tournament started on June 1 and will run until June 11. It covers 64 snooker players as they go head-to-head in round-robin groups and compete to be crowned the world’s best. Among some of the high-profile players participating are Judd Trump, Ronnie O’Sullivan, Neil Robertson and Kyren Wilson and, as of yesterday, Trump was sitting on top. Trump is currently ranked number one in the world, and picked up his sixth ranking title in the current season when he took down the Gibraltar Open in March.

By covering the event, Sportradar is offering snooker fans an opportunity to engage themselves with the action more than what has been available previously. The company’s managing director of sports partnerships, David Lampitt, told SBC News, “It’s another positive step forward for sport to see the world’s top snooker players returning to action. We are pleased to be working alongside our long-term partner World Snooker and to be in a position to offer official data, pre-match odds, and live odds to maximise fan engagement for this event.

“Sportradar continues to deliver the highest-quality content and coverage, and we’re continuing to draw on our unparalleled network of partnerships to provide consistently high quality [sic] content to customers and fans around the world.”

The Championship League is being promoted by Matchroom Multi Sport and is being held at the Marshall Arena in Milton Keynes, England, absent a live audience because of the coronavirus pandemic. The tournament is split into three different phases and all games are played in a best-of-four format. The entire series is being broadcast by Matchroom on its online Matchroom.Live channel, and is available around the world. The tournament prize pool is just above $250,000.

Barry Hearn, the chairman of Matchroom, explains, “During the challenging times of the past few weeks we have examined the opportunities which still exist and worked relentlessly towards the goal of getting our tour going again. While most other sports remain sidelined, we are ready to return from June 1st. This sends out a message to the sporting world that snooker is at the forefront of innovation.

“Our first priority has to be safety and we have had detailed discussions with the government in creating a set of approved guidelines for the event which will be rigorously followed. We are making this very clear to the players and everyone working on the event.

“These are challenging times but as always we are looking at the opportunities rather than the limitations. Championship League will provide 11 days of televised sport with extensive live coverage, from 3pm until 10pm each day. For the fans out there who are starved of live sport it will be a fantastic boost and a very welcome diversion from these tough times we are all going through.”