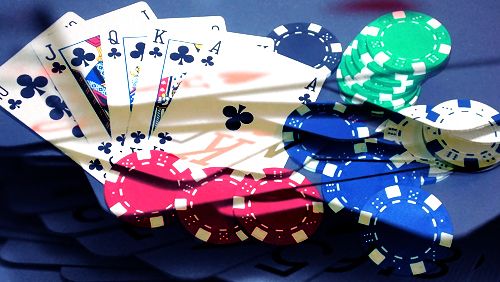 After a rollercoaster Day 1, the Bosnian-American player Ali Imsirovic leads the remaining 13 players into action for the final day of the Super High Roller Bowl Online Main Event.

With a massive $100,000 buy-in and only seven places being paid, Imsirovic – a former Poker Masters winner no less – has the chip lead but some major players in the game of poker hovering menacingly in his rear-view.

With a total of 50 entries creating a $5 million prize-pool, it took eight hours to whittle those down to a baker’s dozen overnight.

With so many big names putting up the eye-watering, six-figure buy-in, it was inevitable that superstars of the game, both live and online, would be hitting the rail early. The first player to be left with the roundest number of all in terms of chip value was Pavel Veksler, but he wasn’t lonely for long. Others to bust early included Britain’s most successful live tournament player in poker history, Stephen Chidwick, Belarussian high roller Mikita Badziakowski, Australia’s finest poker export Kahle Burns and Spanish sensation Adrian Mateos.

With recent PokerGO events featuring collaborations with partypoker, it was good to see some of their Team Pros at the felt, but while GPI Female Poker Player of the Year Kristen Bicknell took part, she also got nowhere near the money.

When registration closed, the following prizes were confirmed as being on offer to the magnificent seven who will eventually make the money on Day 2. Here they are:

David Peters will come into the final day just a few chips ahead of Imsirovic after Peters won a huge hand on the back of a run so hot the other players were advised to wear asbestos gloves to click buttons. Having already eliminated Chris ‘Big Huni’ Hunichen, Chi Zhang and Hungarian player Andras Nemeth, Peters leapfrogged Canadian player Sam Greenwood and moved into a massive lead.

Peters had over 2 million chips, more than double Greenwood’s stack, but Imsirovic was coming up on the rail and both he and Greenwood pushed for control as the final levels put players with huge reputations to decisions for their tournament lives.

In a flurry of late exits, players like Dan Shak made hay at others expense, with names such as Artur Martirosyan, Dan Smith, Seth Davies and Matthias Eibinger all leaving the competition empty-handed. In the final few hands, Ben ‘Sauce123’ Sulsky and partypoker Team Pro Jason Koon both bit the dust.

Time was up, and with 13 players needing to go into seven before anyone makes profit, half a dozen players are going to be out of luck when the final day commences. One lucky player will cash out an incredible $1.7 million for winning the Super High Roller Bowl Online Championship Main Event.

You can watch all the action from last night via PokerCentral’s Facebook channel, where commentary was provided by Jeff Platt and Brent Hanks.

If you have a subscription to PokerGO, you can watch all the action take place live as it happens. Head here and follow the prompts to access the event when it begins, as Ali Imsirovic, David Peters, Sam Greenwood and many more will fight for the title at the online felt.