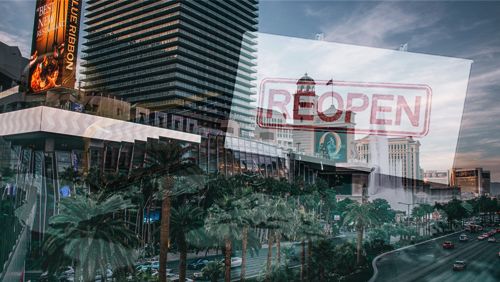 Nevada gambling operators have been waiting patiently to get back to work and begin accepting guests again. The Covid-19 pandemic has meant for everyone’s safety, large resorts and small slot rooms have had to stay closed. Now, as most are hoping to reopen in the next week, massive protests and the presence of the National Guard have shone a new light on the entire affair.

“The devastating events and destructive scenes unfolding around our nation are gut wrenching to observe. They fill us with pain and sadness, fear and anger and they renew our proven commitment as an organization to stand for equality and respect for all humanity. We unequivocally reject racism, in any form.”

“The Wynn family is made up of every race, color and creed — representing the very best of Las Vegas and Boston,” Maddox said.

With that show of empathy, nothing has changed when it comes to the June 4 reopening of Las Vegas. MGM, Wynn and Caesars all plan to push through with their reopening. “Right now, there’s no change in plans, and we believe law enforcement has done a good job allowing peaceful protests, while containing outbreaks of undesirable activity,” said Caesars Entertainment Corp. spokesman Rich Broome.

And June 4 can’t come soon enough for everyone. The Downtown Grand started welcoming guests at its hotel and some amenities as early as June 1. “We had a lot of phone calls saying even though the casino wasn’t open, they still wanted to come,” said General Manager Kevin Glass. “We’re welcoming out first customers back today, which is super exciting. … It’s nice to bring our staff back, too.”

The casino isn’t opened yet, but is scheduled to reopen at 12:01am on Thursday morning. That could mean visitors making to their way to the casino as protests continue to rage.

But as many other American cities are putting in place curfews to cut down on potential rioting, Las Vegas Mayor Carolyn Goodman says that won’t be the case in her city. She believes the non-peaceful protestors in her city are from out of town, and a curfew won’t do anything to stop them.