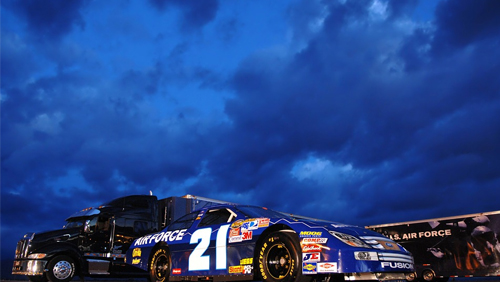 After racing last Sunday and Thursday at the mammoth 1.5-mile Charlotte Motor Speedway, the NASCAR Cup Series heads to a very different type of atmosphere and layout this Sunday at the short-track Bristol (Tennessee) Motor Speedway for the Food City presents the Supermarket Heroes 500. It’s the first of two scheduled visits this season, with Bristol also scheduled to host a “playoff” race on September 19.

Unfortunately, one aspect of Bristol, which opened in 1961, will be missing this time around and that’s a very large, raucous group of fans because none are allowed in attendance due to the coronavirus (also no qualifying). Bristol Motor Speedway is the third largest sports venue in America as it can hold more than 160,000 people.

The track is right near the Virginia/Tennessee state line, and in 2006 Virginia Tech and the University of Tennessee played a college football game there with 157,000 people in attendance. That shattered the NCAA record.

Kyle Busch, the +350 betting favorite for Sunday, has won this race each of the past two years and five times overall (also 2007, 2009 and 2011). Busch led only 71 laps last year in starting 17th, while Ryan Blaney led 158 and Joey Logano 146. Rusty Wallace holds the race record with six victories.

When including the annual fall race, Busch has eight wins at Bristol – easily the most of any active driver. Yet Busch’s average finish of 13.4 is fourth-best. No. 1 there is Chase Elliott at 11.5 in his eight visits to Bristol. He hasn’t won but has three Top-5 finishes on his resume, and sits at +800 for Sunday.

Something about the Busch family and Bristol Motor Speedway as Kurt has paid off on the NASCAR odds at the track six times including four times in this race: 2002-04 and 2006. He’s at +1200 for this week.

Matt Kenseth (+3300) has four wins at Bristol, but his lone victory in this race was in 2015 as the pole-sitter. Rain issues delayed that race 90 minutes and then delays, cautions, etc., during the event forced an extension to 511 laps – the last time that this race went longer than 500.