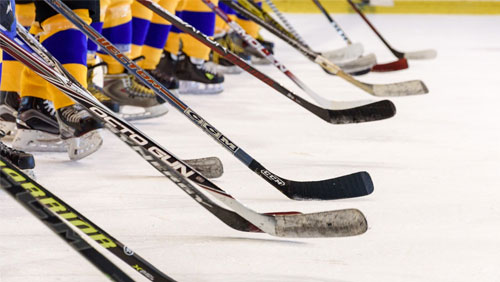 The NHL has decided to forego the regular season and move straight into modified playoffs. The league was forced to pull all players off the ice in March due to the coronavirus, just as things were getting heated up for a run on the Stanley Cup. With only a minimal number of regular-season games affected, and in order to not make huge changes to future season schedules, NHL executives opted to rearrange things so that it could stay on track. In doing so, however, sportsbooks found themselves in a predicament, as they had already accepted an unknown number of wagers on regular-season activity. Nevada sportsbooks have already announced that they’ll be issuing refunds, and online sports gambling giant Bovada is going to join them.

Bovada announced last night that it will begin the process of figuring out what needs to be paid and to whom. There’s a lot of information that has to be filtered and a lot of numbers that have to be crunched for reimbursements to be made, but the company explains, “All regular season team and player props on Bovada that had not been settled and were in a winning position as of the end of play will be paid out as wins, and those that were in a losing position will be refunded. Bets placed on playoff outcomes and season awards are still in play. This is a major coup for the gamblers and not something many other sportsbooks are currently offering.”

The online sportsbook is ready to make huge strides in order to take care of its clients. Bovada took a look at regular season team and player prop bets, settling them against the statistics available when hockey came to a halt. Any of those is considered a win. Additionally, it is prepared to issue refunds on the risk amount for bets that have not been settled, but which would have been deemed a loss when the NHL suspended the action. In the event that a wager was mathematically a loss with no chance of recovery, which only impacts a small number of wagers, it will be recorded as a loss.

Since the playoffs will still be held, albeit under a different format, Bovada is going to keep in place any bets tied to the playoffs. It will also allow those bets related to the regular season awards to stand, and all of these will be settled at their appropriate times.

NHL is preparing to hold a playoff schedule that will see 24 games. The top four teams in each conference will start with a bye, and the rest of the teams will begin with a round-robin format to get the postseason going. The games will most likely be held in only two locations, which have not yet been identified. The exact date for the action to get underway will be announced in the near future.