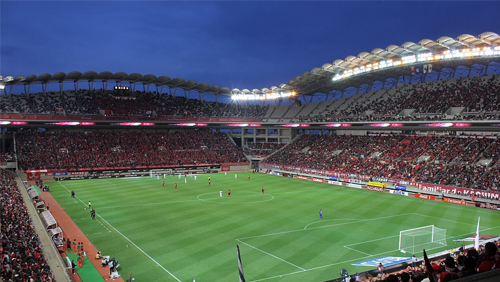 With the imminent return of the English Premier League, who will prevail from the final nine weeks and reach the promised land of the UEFA Champions League places?

Manchester City look almost certain to join Liverpool in the group stages of next season’s Champions League, as long as they can overturn a pretty tricky matter of the two-year ban they’re currently appealing. Let’s imagine that they do escape that punishment, however. If that’s the case, then it’s going to be any two from a good five or six sides. Who can make the top four and reach the Champions League?

While The Foxes hadn’t been in a great run of form when the lockdown started, they did smash Aston Villa 4-0 in what was only their first win in five league games. With a generally young squad, including players such as Caglar Soyuncu, Ben Chilwell and James Maddison, Leicester are likely to come back in better health than they went into the break. With a five point lead over Chelsea in 4th and eight points on Manchester United in 5th, it would be a fairly spectacular collapse if The Foxes were hunted down.

Frank Lampard’s Blues have been erratic at home and frequently unpredictable away from home, having lost nine times in their 29 league games to date. With a resounding 4-0 win at home to Everton in their last match before the outbreak of Coronavirus, however, The Blues might be right back on track. One element that may put a spanner in their works is the fact that French midfield maestro N’Golo Kante has missed training and may have problems with the COVID-19 restrictions.

The Red Devils were on a 11-game unbeaten streak when they were forced to down tools after thrashing LASK 5-0 away from home in the Europa League. Chasing down Chelsea in 4th place, United are only three points behind their West London rivals having beaten them home and away in the Premier League this season, and with a better goal difference to boot. It could be very close indeed, and at 2/1, United have no-one in the top six left to play in their final nine games other than their final game – away at Leicester City.

Although outsiders, Wolves will really have appreciated the break they’ve enjoyed after a long season was threatening to leave them burned out. Adam Traore, Diogo Jota – fresh from winning the inaugural ePL Invitational tournament – and Raul Jimenez will all be playing with the fresh intensity that the trio did at the turn of the year, where they were a massive threat to all of the top teams, and could yet overhaul the three points they’re below Chelsea.

While all three outsiders have a chance of sneaking into the top four, it’s likely that Sheffield United are unfairly priced down in the market here, with a game in hand. If they win that game, then The Blades will be just two point behind Chelsea who they still have to play, so they are one of only three sides who have their top four destiny in their own hands. Tottenham under Jose Mourinho and Arsenal under Mikel Arteta both have mountains to climb, but with a good run behind them, the last few weeks of the season could be very interesting… even if they do take place behind closed doors.

We’ll keep you posted over the coming weeks right here on Calvin Ayre as the English Premier League looks likely to build to a thrilling conclusion in terms of the Champions League race.