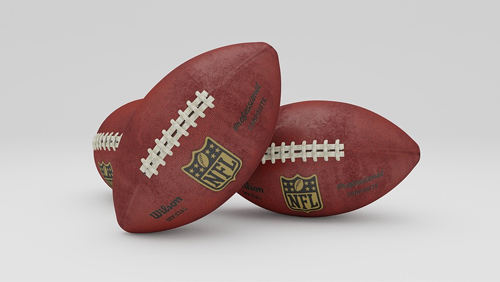 How is it that the New Orleans Saints’ Drew Brees has never won an NFL MVP Award? He’s the league’s all-time leader in many regular-season passing categories and has won the single-season yardage title an astounding seven times.

On 12 occasions, a quarterback has reached the 5,000-yard plateau. Brees is responsible for five of them. He set the NFL record of 5,476 yards in 2011, but Peyton Manning passed that by one yard in 2013 with the Denver Broncos.

This might be Brees’ last season in the NFL as he’s 41 years old and already has a TV gig lined up on NBC. He’s +900 to win another passing yardage title. Kansas City’s Patrick Mahomes is the clear-cut favorite at +350. As good as Mahomes has been in his two seasons as a starter, he hasn’t led the league in passing yards yet. The Dallas Cowboys’ Dak Prescott is +625 to win his first such title, while new Tampa Bay Buccaneer Tom Brady is +800 to win it a fourth time.

Michael Thomas has been on the receiving end of many of those Brees throws over the past four seasons as the 27-year-old former second-round pick out of Ohio State has emerged as arguably the NFL’s best wideout. Thomas won his first receiving yardage title in 2019 with a career-high 1,725 and is the +400 favorite to repeat. Thomas has upped his receiving yardage in each season.

The Atlanta Falcons’ Julio Jones is a +850 second-favorite. He has won this title twice, last in 2018. In 2015, Jones put up 1,871 yards – second-most in NFL history. DeAndre Hopkins, traded from the Houston Texans to the Arizona Cardinals this offseason, is +1000.

To lead the league in rushing, the Tennessee Titans’ Derrick Henry is the +500 favorite. He was a first-time winner last year with a career-high 1,540 yards despite missing one game. It looked like the Cleveland Browns’ Nick Chubb (+800) would win it, but Henry blew up in the regular-season finale with 211 yards against Houston to pass Chubb.

The Carolina Panthers’ Christian McCaffrey is the +850 third-favorite, with the Dallas Cowboys’ Ezekiel Elliott (+900) just behind him. It’s an even-numbered year so that bodes well for Elliott, who won the rushing title in 2016 and 2018.