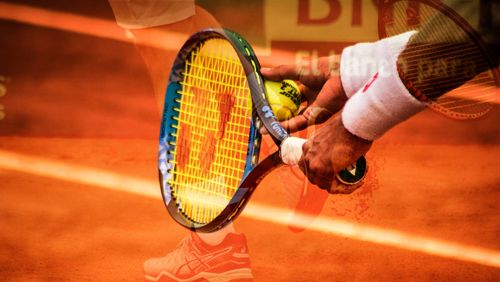 Is tennis the same game without supporters? The most decorated player in the history of the men’s game certainly doesn’t think so.

In a conversation with Brazilian tennis legend Gustavo Kuerten, former world number one and 20-time Grand Slam winner Roger Federer spoke about the potential return of tennis and in doing so, said he wasn’t a fan of the game coming back if not everyone could fill the stadiums and support players as they did before the Coronavirus crisis struck.

When Kuerten got in touch with ‘Fed Ex’ (also known as the Federer Express, although this is surely one of the most misleading nicknames in world sport given thatFederer’s entire game is built on him dictating play and forcing his opponents to do the running), the 8-time Wimbledon champion answered the call.

“If Guga calls, I’m always there to help you,” said Federer in a chat with the Brazilian former world number one. “You have always been one of my favorite players. You have always been one of the most receptive players on the circuit. You may not remember why you were nice to everyone, but you were also to me. And I think that was so important, when I was arriving [on] the circuit. You were one of the guys who made me feel welcome. So, thanks Guga.”

Pleasantries out of the way, the two men discussed fundraising, which the Swiss player has been key to, helping to raise money to help thousands of Brazilian families to cope with the devastating impact of the virus spreading across their South American country. Federer, who also helped African families by donating money and helping to raise funds to assist them during the crisis. Federer wants a union of players to help during the COVID-19 outbreak, as well as making calls just last week to align both the ATP and WTA.

When it comes to the return of tennis, we reported earlier this week that it might happen at the U.S. Open (August) or French Open (September or October) as is currently being mooted.

Federer believes that to do so without fans in place would be wrong, however.

“Most of the time when we are training, there is no one,” he said. “For us, of course, it is possible to play if there are no fans. But on the other hand, I really hope that the circuit can return as it normally is and hold off until the time is appropriate, a minimum a third of the stadium or half-full.”

Federer rejects the idea of behind closed doors tennis, stating that: “For me, [stadiums being] completely empty when playing big tournaments is very difficult.”

Would ‘Fed Ex’ feel the same if the U.S. Open was actually on the line? It might be that he has the chance to prevent Novak Djokovic getting ever closer to his Grand Slam record. The Swiss has, after all, will not have won a Grand Slam event in two and half years by the time the U.S. Open comes back in August. Federer also turns 39 on August 8th, a fact that may force his hand in playing. After all, how many more chances will he get to grab that elusive 21st Grand Slam title as he faces a battle against his body in the race against Rafael Nadal and Novak Djokovic to be called the greatest tennis player of all time by the time all three men have retired.

The Eternal Bridesmaid – Dominic Thiem is stuck in the middle of tennis history
Paul Seaton
6 February 2020
.