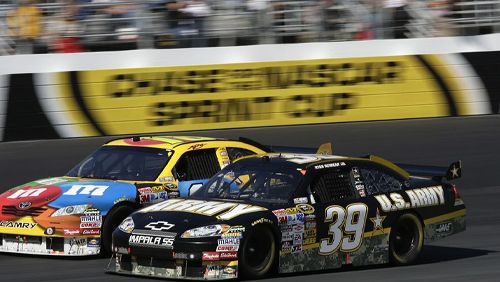 While NASCAR was founded in Daytona Beach, Florida, held its first race there and has its main headquarters on the east coast of Florida, no question that the heart and soul of NASCAR is located in Charlotte. The majority of NASCAR teams have a base in North Carolina’s biggest city or nearby.

The longest race on the Cup Series is the Coca-Cola 600 at Charlotte Motor Speedway, annually run on the American Memorial Day Weekend. That was won by Brad Keselowski on Sunday/early Monday (due to a rain delay). The drivers return to the same track already again Wednesday for the Alsco Uniforms 500, with a start time of 8 p.m. ET.

It’s the second straight week that NASCAR is staging a Wednesday night race in its top series. Before last week at Darlington, there hadn’t been a Wednesday event since all-time great Richard Petty won his 200th and final NASCAR Cup race on July 4, 1984, in the Firecracker 400 at Daytona.

Charlotte Motor Speedway is 1.5 miles with four turns (24-degree banking in corners), so while the Coca-Cola 600 was 400 laps, the Alsco Uniforms 500 will be 205. That’s because Wednesday’s race is measured in kilometers, so it is 310.6 miles. There was qualifying for the Coca-Cola 600 but will not be on Wednesday, which is going to be the case for the foreseeable future. Also no fans in attendance.

Chase Elliott and Martin Truex Jr. are listed as +500 co-favorites. Elliott was in position to win the Coca-Cola 600 but lost the lead when he pitted with just two laps left on a caution. Keselowski (+1000) opted to take a chance by staying on the track. He edged out Jimmie Johnson, but Johnson’s finish would be disqualified when his Chevrolet failed a postrace inspection and that moved Elliott to second. Johnson, who has now gone 102 consecutive races without a victory in his Hall of Fame career, is +900 for this event. He will start dead last.

William Byron (+1200) starts on the pole Wednesday. The lineup was set by inverting the Top 20 finishers from the Coca-Cola 600.

If fans are wondering what Alsco is, it began in 1889 and heralds itself as “the worldwide leader in the rental of table linen, uniforms and facility service products.”