Home / Business / Economies come back to life, but don’t get too optimistic 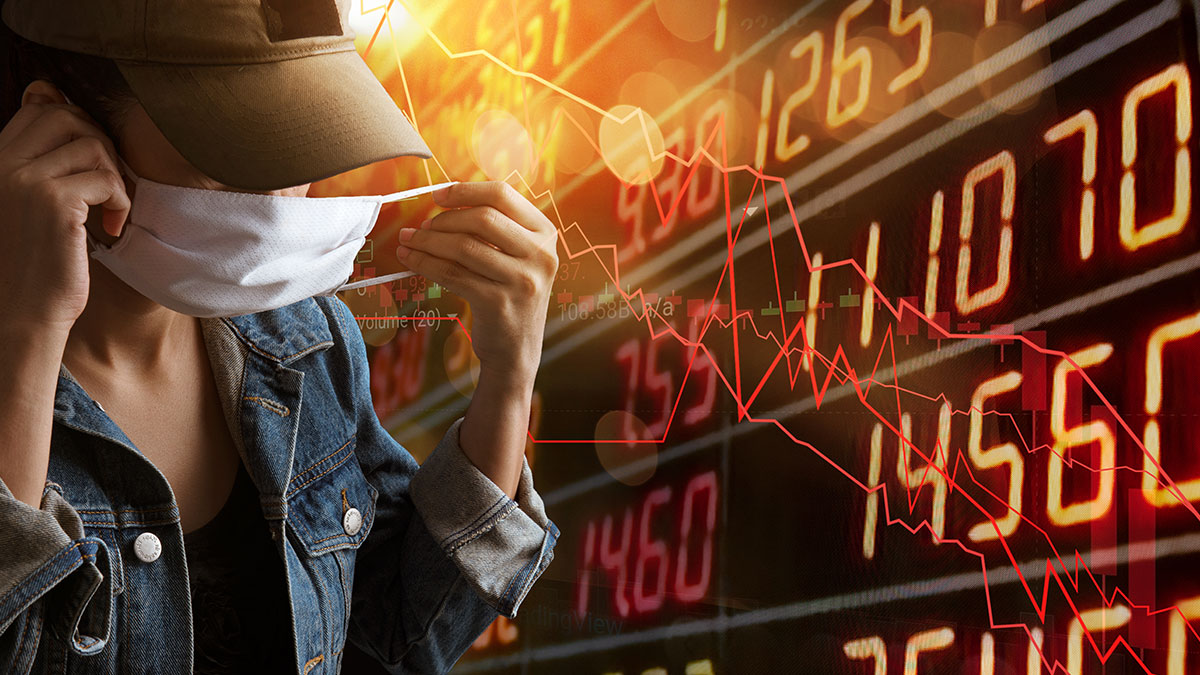 I have this uneasy feeling. I wouldn’t call it despair. It’s not even a really negative feeling per se. It’s more like a mixture of excitement and confusion. I’m looking at the world as we open back up from these unprecedented global restrictions against, well, life, and I have this uneasy feeling that we are all living right on top of a fault line in history that is about to crack wide open, forever isolating the past on one side of it, from the future on the other.

It looks like life is returning to “normal”, or at least something a little bit closer to what we all remember before humanity’s coronavirus response shut down the world. Sports are coming back in the United Kingdom with Project Restart. Casinos are opening back up in the United States. Visits to Macau appear to have bottomed out at last, down 99.7% in April year over year. Yup, that’s nearly a 100% decline, so I’d say we can’t really get much lower than that. Economic statistics are going to start coming back to life all over the world over the next few months. News junkies, which is most of us these days, are going to move from doomsday thoughts to blooming flower thoughts of recovery.

And so it feels like we are about to go back to the way things were, that we’re about to travel back across that historical fault line into the past. I don’t believe that’s true. The engine is about to be restarted, yes, but the transmission is all out of whack now. I don’t know exactly what is going to happen as economic activity gets back into full swing, but one thing I’m quite sure about is that the lockdowns in the real economy were only phase 1. Phase 2 is going to hit the financial economy, a banking crisis. Exactly when it starts I do not know, but it’s coming.

2008 started in the financial economy and then bled out into the real economy. The coronavirus crisis started in the real economy, but so far it has not bled into the financial economy, at least not in an obvious way, yet. It’s now about to do so as the lockdowns are lifted, and as it does, investors will unfortunately begin to realize that we are not going back to the way things were. We are headed into something different, and sadly not as pleasant for most. That’s the uneasy feeling I have, because I don’t know exactly what the thing is that we’re all headed into now. I just know it’s not going to be like it was before.

First things first though. Keeping in mind this is for entertainment purposes only, we have some gains to deal with. Back on March 27 I advised buying call options positions in four casino stocks for a short term trade on the theory that lockdowns would eventually be lifted. They’re now being lifted. Specifically, I named MGM, Eldorado, Penn, and Melco for call options buys out to January 2021. MGM $10 calls were going for $6 at the time. They are now worth $7.29 and should climb to somewhere around $8.50, MGM shares up nearly 10% in premarket trading this morning. I would sell those calls now. Eldorado $10 calls were selling for $10, and are now $24.90. They should open today at between $27-$30 depending on trading conditions. I would sell those at market. Penn $10 calls were going for $7.40 on March 27. They are now listed for $20.50, and the stock is up 3.4% in the premarket. Take the money and run.

Melco is a different story. 2021 $15 calls went down from $2.60 now to $2.45. The current bid on the stock is about 3.4% higher than Friday’s close, so that will be a wash or a small loss. Sell it anyway, can’t win’em all. With Beijing’s new National Security Law against Hong Kong set to anger Washington, we’re about to see another round of economic war between Trump and Xi. I don’t see Macau stocks running much higher from here. Not with Hong Kong under pressure again.

I’m getting antsy even about the long term holds in the U.K., which are William Hill, 888, and Rank. William Hill has clawed back from a low of 28 pence to 134. 888 continues to edge higher and has already recovered its coronavirus losses a month ago. Rank unfortunately has not been doing well, unable to regain more than 50% of its losses so far. For U.K. stocks, they seem to want to rally and could continue higher for another week or two. Keep them for another week or two. After that, I’d seriously consider lightening even those positions and moving more heavily into real assets.

The problem now, as I see it, is that the European banking system specifically is on the verge of imploding. The U.K. bank stocks have shown no signs of life as other sectors have rallied off March lows. The black line below is the London FTSE 100. The other lines are the four biggest banks in the UK. It’s bad.

And it’s about to get worse. The clamor for negative interest rates in the U.K. is intensifying. I can’t think of anything worse for an ailing banking sector that just suffered a total stoppage in the real economy for an entire quarter, than an incentive in negative rates for every depositor to pull money out of a checking account. Regardless of what the Bank of England may say about how well these banks are capitalized, they are not, not in terms of market value. The BoE refers to book value when it talks about bank capital, which doesn’t mean much if you can’t get that value on the actual market for that capital. Measuring leverage by market value, all these U.K. banks, and most other European banks, are all leveraged way beyond what they were just prior to the last financial crisis. Markets would not value these banks at all time lows if they were in good shape.

My feeling is that the damage has already been done. Now we’re just waiting for someone to admit it and start the ball rolling on the next series of bank bailouts. I don’t think it’ll take longer than 2 or 3 months from now to start, by Murphy’s Law probably at the peak of optimism that everything has returned to normal.

When it hits, every stock is going to lurch down again and the bailouts being handed to individual consumers now, will then be extended to the banks again, as happened 12 years ago. Money printing will fire on all cylinders to every part of economies, both financial and real. The calls for negative interest rates we are already hearing in the U.K. will become more desperate. Every company with liquidity in a bank account, even the best ones like 888, William Hill, and Rank, are going to have to scramble to figure out what to do. I only hope they will hedge their working capital now with real assets instead of just holding cash in a shaky bank.